Home Wildlife The 9 Rarest Animals Found in The Amazon Rainforest 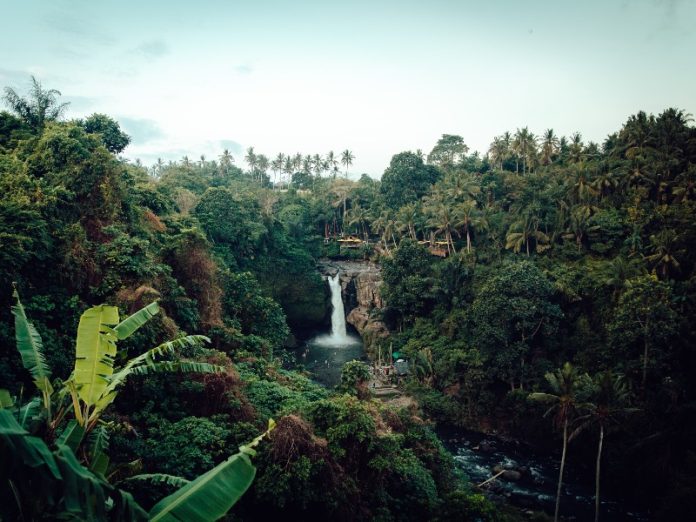 The Amazon Rainforest is one of the most biodiverse places on planet Earth. As the world’s largest tropical rainforest, it’s home to more than 3 million species of animals and 2,500 species of trees. From pink dolphins to lionesque monkeys, some of the rarest animals in the Amazon rainforest aren’t found anywhere else on the planet.

Spanning eight South American countries – Brazil, Bolivia, Peru, Ecuador, Colombia, Venezuela, Guyana, and Suriname – the Amazon Rainforest accounts for 10% of the world’s known biodiversity. But factors such as deforestation and climate change are driving the extinction of species at rates never seen before — up to a thousand times faster than what would happen naturally. Efforts to conserve the rainforest and protect this crucial ecosystem are urgently needed to prevent the extinction of countless species of rare and beautiful animals.

So, what are the rarest animals in the Amazon rainforest? From jaguars to poisonous frogs, join us as we take you on a journey through the Amazon’s rich and varied wildlife.

The majestic Amazonian jaguar is one of the most endangered species in the Amazon rainforest. These solitary cats are the largest felines in the Americas, with bodies spanning 2.5 meters from nose to tail, and weighing 120 kilos. Aggressive and efficient predators, they get their name from the indigenous Tupí-Guaraní word yaguar, meaning “he who kills with one leap.”

Opportunistic hunters, jaguars prey on almost anything they can find. These cats are swift, agile, and excellent swimmers, meaning they can take down species as large and aggressive as the cayman. Their powerful bite – the most powerful of any cat species – allows them to crunch through the shells of turtles and kill species up to four times their body weight.

As the top predator in their environment, jaguars play an important role in controlling populations of other species and maintaining the equilibrium of the rainforest ecosystem. But their species are under critical threat due to illegal activities such as poaching, habitat loss through deforestation, and conflict with humans. Around 170,000 Amazonian jaguars remain, making conservation efforts essential for protecting the population of these enigmatic creatures and the health of the rainforest as a whole.

The Amazon is home to 423 different species of frog, but the poison dart frog is probably the most famous. These little frogs are brightly colored and notoriously poisonous. Their colors range from bright red to orange and green, and it is this vibrant color that warns off predators. Poison dart frogs get their name from a group of Amazon indigenous people who cover the tip of their darts with the frog poison to kill their prey.

Poison dart frogs like to hang out on the rainforest floor and in trees, where they are the safest. It might be tempting to get close to these little guys for a picture but beware. These frogs are considered one of Earth’s most toxic species. Certain members of the Dendrobatidae family carry enough poison to kill ten grown men!

The South American Tapir is the second largest mammal on the continent. Tapirs are unique-looking animals, with snouts that look like the base of an elephant’s trunk, and hooves. While many people guess that tapirs are related to pigs or anteaters, they are actually related to horses and rhinoceroses. They are usually found near water and feed on clay licks found in the rainforest.

While bulky and cumbersome in appearance, tapirs are surprisingly nimble. They are excellent swimmers and often dive to the bottom of riverbeds to feed on aquatic plants. They enjoy submerging themselves in the water to cool down and also like to wallow in the mud. Sadly, tapirs endangered status makes them one of the rarest animals in the Amazon rainforest. Due to loss of habitat, scientists believe that five of the nine known species of tapirs have already become extinct.

The golden lion tamarin, also called the golden marmoset, is one of the rarest animals in the Amazon rainforest. They are striking-looking creatures whose bright orange mane resembles a lion, hence their name. They typically grow to 261 mm (10.3 in) and weigh around 620g (1.37 lb). There is almost no size difference between males and females. The males are active fathers, helping to raise their offspring, which seems especially needed because most tamarin families have twins. The golden lion tamarin sleeps in a different place each night in order to minimize the scent left behind, reducing the likelihood of predators finding them.

As the rainforests are logged and turned into agricultural and industrial land, the primates are at serious risk. Over time they have lost all but 2%–5% of their original habitat in Brazil. It’s estimated that 3,200 golden lion tamarins are left in the wild, while 490 captive individuals live in zoos across the world.

The hyacinth macaw is a parrot native to central and eastern South America. They are extremely beautiful birds, with deep blue and green feathers. Hyacinth macaws are the largest species of flying parrot, measuring 3 ft 3 in long from the tip of its tail to the top of its head and weighing 1.2–1.7 kg. These birds are often called gentle giants due to their calm and balanced temperament.

Macaws are noisy creatures, and their calls can be heard resonating from the canopies of the Amazon rainforest. But the illegal pet trade poses a significant threat to these winged beauties. It’s estimated that around 6,500 hyacinth macaws remain in the wild.

It can be difficult to spot the white-cheeked spider monkey due to their fondness for heights – while they sometimes descend to the middle and lower sections of the canopy, they are almost never seen in the understory. White-cheeked spider monkeys ward off predators by barking at them and shaking nearby tree branches. If the predator isn’t scared off by that, they break off and throw small branches at them – so watch out for flying branches if you end up in the rainforest!

White-cheeked spider monkeys play an important role in dispersing seeds throughout the rainforest, helping to maintain the Amazon’s plant life. Sadly, however, they are considered endangered, with a predicted population loss of about 50% between 2006 and 2050. This is due to habitat loss and hunting, as some indigenous peoples in Brazil consider spider monkey meat a delicacy.

The Amazon river dolphin, also known as the pink river dolphin or boto, is another species of rare animal found in the Amazon’s freshwater rivers and lakes. No one is really sure why, but the male varieties of these dolphins are light pink — the brighter the pink, the more attractive the males are to females during mating season. In order to make themselves even more attractive, male botos sometimes beat the water with branches or grasses held in their mouth, or even live turtles, as part of their courtship displays

The Amazon river dolphin is found throughout much of the Amazon and Orinoco river basins in Bolivia, Brazil, Colombia, Ecuador, Guyana, Peru, and Venezuela. They have an estimated population in the tens of thousands, making them one of the more populous species on this list. However, they are classified as vulnerable in certain areas due to dams that fragment and threaten certain populations, as well as contamination of rivers and lakes.

Bald uakaris are a small species of monkey that live exclusively in the Amazon River basin. They have striking bright red faces, with bald heads and a long shaggy coat which is usually reddish-brown or orange. It’s thought that their bright, sunburnt-looking heads are attractive to mates, helping them stand out from malarial or sick animals with pale faces. The bald uakari weighs between 2.75 and 3.45 kg, with head and body lengths averaging 45.6 cm.

Bald uakaris have powerful jaws that help them feed on a diet of brazil nuts, fruit, leaves and insects. As water-lovers, these monkeys prefer to live in flooded rain forests and waterside locations such as small rivers and lakes. Unfortunately, bald uakaris are hunted for food and captured by indigenous people. The species has declined at least 30% over the past 30 years due to hunting and habitat loss, leading to their classification as a vulnerable species in 2008.

The pygmy three-toed sloth is one of the rarest animals in the Amazon rainforest, with just 79 individuals said to be remaining. They get their name from an error in translation. All sloths have three toes, but three-toed sloths have three claws on their forelimbs, as opposed to two like other sloths. But in Spanish, the word ‘dedos’ refers to both fingers and toes, so what should have been translated as ‘finger’ mistakenly became ‘toe!’.

These notoriously lazy creatures can hang from branches for 7 days at a time, only descending to the earth when they need to defecate. Which isn’t very often – sloth metabolisms are so low that they only need to go to the bathroom once a week. They evade predation by lying extremely still and avoiding detection. Their greyish-brown coats keep them camouflaged against the branches that they hang from.

It might surprise you to hear that sloths are strong swimmers, with an ability to move three times faster in water than they can on land. Sometimes they simply let go of their brand and free-fall into the water below in order to cool themselves down.

Interested in finding out more about the wildlife in and around the Amazon rainforest? Don’t miss our guides to dangerous animals in Brazil and Peru!