The South American nation of Brazil has entranced tourists for decades, and if you’ve ever thought about visiting the Amazon rainforest, we’re willing to bet that you’ve heard of Manaus. Considered the gateway to Amazonia, this sprawling city is nestled in the heart of the jungle and is the capital of the Brazilian state of Amazonas.

It’s a colorful, cultural melting pot and one of the country’s main trading ports with a host of mainstay attractions, landmarks, and enthralling natural landscapes, but is Manaus safe? Rising inequality is a big issue, with high crime rates, as with any major city in Brazil. Still, Manaus is considered relatively safe, but there are precautions you can take to ensure your trip goes smoothly.

To help you soak up its tropical climate, architecture, jungle tours, and fascinating history in peace, we’ve created a guide answering all of your safety questions about traveling to Manaus in 2022. Let’s get into it.

Is Manaus safe to visit?

Stemming from its minimal border control, and proximity to Columbia, the city experiences problems with drugs, and violent crime has been on an upward trajectory in the last decade. Like most metropolitan cities, this seems to be more common in certain areas, and staying informed on which parts to avoid can help you minimize the risk of any unfortunate incidents.

As mentioned above, Brazil is a very economically unequal country, and unfortunately, this has led to a rise in petty crime. To make matters worse, the Brazillian police force is also highly corrupt, so travelers should always be aware of their surroundings and keep an eye on their belongings. If you are a victim of crime, it’s unlikely that the local authorities will be able to do much to help so make sure you have travel insurance that covers theft and it helps to learn some basic Brazilian Portuguese if you do need to communicate with police.

Still, even though Manaus has a high crime rate, tourists are rarely victims of crime beyond petty theft. As long as you take precautions, as you would in any major city, your trip should be hassle-free.

As well as getting travel and health insurance, it’s a good idea to make sure that you and your fellow travelers are up to date with immunizations, since Dengue fever in Manaus can affect both adults and children. You’ll also benefit from bringing a very good insect repellant, and staying on top of local and national news with regards to flash floods and landslides, which frequently occur in tropical areas.

Is Manaus safe for solo travelers?

From hiking adventures to guided rainforest tours, Manaus truly offers an enthralling tropical experience. That being said, while it can be safe for solo backpackers, it’s only recommended for experienced travelers and it probably shouldn’t be the destination for your first solo adventure as the city can be daunting.

Street muggings are a common occurrence here, and criminals are more likely to target those who are traveling alone than in a group. We recommend traveling with friends when exploring the city if possible, even if these are just people you’ve met at your hostel.

Another important thing to do is to ensure that the tour companies you’re eyeing are safe and reputable before you book. For example, if you’re going on a boat tour, you should make sure the boat you’re traveling on has lifejackets, and that the tour company is legitimate. Brazilians can cut corners when it comes to health and safety regulations in order to keep costs down, and local laws don’t enforce the highest standards, so your safety has to be in your own hands.

Women will need to be particularly alert and take every possible precaution, but this doesn’t mean Manaus is off-limits to solo female travelers. Avoid walking around alone at night and stay in reputable accommodation exclusively. A hostel could be a good option since they usually offer tour booking as well as transport assistance, and you’ll have the chance to meet like-minded travelers.

Don’t let any of this discourage you. Manaus locals are very friendly and helpful, and you should be fine in the city as long as you are travel smart.

Is public transport safe in Manaus?

Although it’s quite big, Manaus is a fairly easy city to get around in. Boats, ferries, taxis, and buses are readily available, but caution should still be taken.

Taxis are usually safe and reliable, but they can be expensive, and you should always make sure that it’s fully licensed before you get in. Additionally, we recommend asking a tour guide or your hotel or hostel staff for an estimated travel time before you leave, as there’s always a chance that someone could take advantage and rip you off. You will also benefit from booking your taxi in advance instead of having the hassle of flagging down a taxi in the street.

We advise using a pre-paid taxi service, where you can pay for your ticket before you travel and give it to the driver. Bus terminals are available too, and they’re usually straightforward to navigate and cheap to use. The main bus station is located on the Rua Recife, about four miles north of the downtown area.

Is Manaus safe to live?

Manaus is a vibrant, bustling hub of friendly locals, handmade craft stands, and magnificent architecture, which can make it a very endearing place to live. You’ll have a metropolitan city and an incredible rainforest in one. By settling here, you’re also likely to discover an amazing historical and natural wealth beyond the tourist staples, thanks to its rich fauna and flora.

Naturally, you’ll also get to experience highlights like the Meeting of The Waters, where the black waters of the Rio Negro and the Amazon river join together on a regular basis. Of course, you can add the bubbly Adolpho Lisboa Market and the idyllic Ponta Negra beach too. There are also plenty of French and Greek-inspired buildings to explore. However, as we’ve mentioned above, it’s no stranger to crime, and there are certain things you will need to be aware of.

As with any major city, certain areas are best avoided. You should stay away from favelas, as they’re often crime hotspots with many drug dealers and the equivalent of a slum in English. Areas near the Columbian border are best avoided as well, and ex-pats should stay informed on flooding risks. Unfortunately, card fraud is a common occurrence here too, and we strongly advise visitors to always cover their pins with their hands and stick to well-lit machines with camera surveillance. But as a resident, you’ll stick out less as a target than tourists and should quickly familiarise yourself with safety precautions.

Having a permanent residence with reliable security can also feel safer than staying in hostels where anyone can come and go. Nevertheless, the humidity can also be intense here, and there’s an incessant mosquito epidemic during the wet season. You’ll have to wear long-sleeved clothing in the early mornings as well as the early evenings, and stay on top of vaccinations since diseases like Yellow Fever are prevalent in South America.

All in all, Manaus might not be the safest place to live, but if you take the necessary precautions, it offers a charming mix of city and rainforest life.

Is tap water safe to drink in Manaus?

Seeing as Manaus is in the rainforest, the tap water differs to Rio’s, and unfortunately, it isn’t safe to drink anywhere in Manaus. You’ll need to make sure you stick to bottled water or boil water to purify it before using it for cooking or making ice cubes. Typically, restaurants only serve bottled mineral water and you can pick it up at a reasonable price at most supermarkets and bakeries.

Luckily, the production of mineral water in Brazil is very well regulated and monitored, but you should be alert when buying bottled water from a shop, and ensure that the seal is intact. Some of the smaller shops have been known to refill used bottles straight from the tap. Ice cubes should also be avoided altogether, as they’re likely to be not as clean as the mineral water itself, and could potentially have been frozen using tap water.

Is Brazil dangerous for tourists?

Brazil has a notoriously bad reputation, like much of South America, when it comes to safety. High levels of crime, particularly robberies, and worrying murder rates can deter tourists. Still, the truth is that Brazil’s cities vary greatly and most destinations aren’t off-limits to tourists, as long as you familiarise yourself with local laws and safety protocols. Most of the violent crime in Brazil shouldn’t affect visitors, with much of it being drug-related or inter-gang. But tourists are targets of petty crime and muggings, so you should exercise extra caution, especially when traveling alone or at night.

Is Manaus a poor city?

Manaus is located in Brazil’s fourth poorest state, with 25 percent of residents living below the poverty line and 48 percent of the population being vulnerable. Rubber once made Manaus the richest city in South America, earning it the nickname of “The Paris of the Tropics” and many Europeans settled there bringing art, architecture, and culture with them. While it remains a hub for commerce, it’s also known for its poor housing, education, and health services and the economic dynamism has been lost with more poverty-stricken residents than ever. This does nothing to help crime rates in the city.

When is the best time to visit Manaus?

The best time to visit Manaus is just after the rainy season in June when the surrounding Amazon jungle is lush and green but you won’t have to experience too much wet weather. Blue skies and highs of 85 degrees Fahrenheit, without the peak summer crowds, make June a great time in the city. Although Manaus is never cold, and even during the rainy season when temperatures dip, the average temperature still remains in the low 80s and humidity is high.

Lima vs. Quito: 9 Things To Compare These Capital Cities 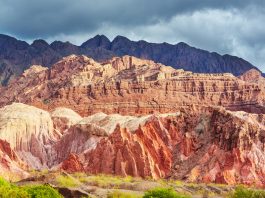