The colorful port city of Campeche is best known for its baroque buildings, UNESCO-listed center, and nearby Mayan ruins. Nestled in the state of the same name, Campeche also has delightful beaches and festive towns on its doorstep, but it’s hard to talk about Mexico without security coming into question, so is Campeche safe?

Mexico’s reputation has always been tainted by violent crime. Located just south of the US, powerful criminal groups have been smuggling drugs across the border for decades leaving a trail of gang-related murders, armed robbery, and assault behind them. However, the picture painted of Mexico by the media is not an accurate one and much of the country, including Campeche’s Yucatan Peninsula, is virtually untouched by cartel violence.

From public transport to drinking water, our guide looks at all the things you might want to consider before visiting the colonial city of Campeche so that you can stay safe on your next trip. Let’s get into it.

Is Campeche safe to visit?

You’ve probably heard of Tulum and Mérida, but Campeche, the less-trodden Yucatan city, is equally worth exploring and increasingly popular with tourists and ex-pats. Campeche is immersed in a colonial atmosphere with towers, forts, and bastions, but it’s also a stone’s throw from some of the best-preserved archaeological sites of the ancient Maya in all of Mexico.

It’s safe to say that Campeche is one of the country’s best-kept secrets, but that doesn’t mean it’s problem free.

Mexico has always suffered at the hands of the cartel that controls the lucrative drug trade that runs through South America to the states. There are some areas of the country that are off-limits to all foreigners due to high levels of drug and criminal activity, and others where tourists frequently fall victim to petty crime. However, Campeche is neither of these.

Authentic and laidback, yet untouched by the cartel, Campeche demonstrates lower crime rates than London, Milan, New York, and Cancún in all categories, not including corruption—which is a nationwide epidemic. In fact, Campeche is one of the safest states in the country, along with the two other states that comprise the Yucatan Peninsula, which, in itself, is the most visited and problem-free region in Mexico.

What’s more, Campeche is far less busy than cities like Merida and Cancún, also in Yucatan, and so benefits from low rates of petty crime across the board. Campeche has a crime index of 37.99, compared to Cancún’s 56.09, which is on par with the English capital’s.

The only crimes where you can expect moderate risk in Campeche are break-ins and corruption. However, the index for home robberies is still just 45.83, compared to Cancún’s 74.38. This is also less of a worry if you’re only visiting for a short period of time and planning to stay in a hotel in the center or a secure Airbnb. Campeche is a rising star on Mexico’s tourism scene and most visitors report no problems at all.

Is Campeche safe for solo travelers?

Solo travel in South America can be somewhat of a blurred area, especially for females, but Mexico can be a great place to visit on your own as long as you take the necessary safety precautions. As a woman, there are some things you should avoid like taking public transport at night, walking along in certain areas, and overstepping your limits when partying, but many parts of the country are suited to solo travel and the Yucatán Peninsula is one of them.

The center of Campeche is well-lit and well-policed with friendly locals who will instantly put you at ease as you stroll the historic streets. Mexicans tend to socialize late into the night and so the center should feel alive even after dark, but if you’re staying in a quieter or poorly lit area, it’s best to walk home with a companion or take a taxi.

You’ll find plenty of female-only dormitories in the many hostels in Campeche so you won’t have to sacrifice security for cost. Women can receive unwanted attention like anywhere else in the world, but local men in Campeche don’t have a reputation for getting threatening or violent with tourists and female travelers are more likely to report problems involving other travelers than locals.

Campeche would be a great stop off on your way from Palenque to Mérida, or as a weekend trip from the Maya Riviera. Although the state is one of the least populated in all of Mexico, there should be plenty of other travelers following the same route as you and it’s easy to make friends in hostels.

Is transport safe in Campeche?

Campeche has an efficient bus and tram system that’s safe for tourists to use. Inexpensive and well-connected, the local transport is a great way to see the city. You can also travel longer distances by bus, like to and from Merida, Cancún, Villahermosa, and even Mexico City—if you don’t mind the 18-hour journey that is.

There’s also the tourist tram with bi-lingual commentary to take you around all of Campeche’s main sites. These trams only run in the daytime but are virtually free from petty crime since they are frequented by tourists and cost slightly more to use.

Longer distances, like the busses from Mexico City, can be hotbeds for petty crime, but if you stay alert and keep your personal belongings close then you shouldn’t face any issues.

Criminal gangs and petty thieves also operate in busy bus terminals all over the country, and you should be extra cautious in crowded areas in Campeche too. We also recommend taking taxis over buses if you’re traveling around alone at night since solo travelers are more vulnerable to all crimes.

Taxi drivers usually have set rates posted inside their cabs in Campeche which can help you avoid scams. Still, it’s always a good idea to agree on a price before you get going on your trip. The taxis are generally affordable in Campeche compared to the US and Europe and so they’re an efficient way to get around.

Only hail licensed taxis off the street or head to a taxi stand. You can also ask your hotel to arrange a taxi or airport transfer should you so need it, but expect slightly higher rates than the city taxis.

Is tap water safe to drink in Campeche?

Mexico might not be the crime-riddled third-world country that it’s made out to be by the media, but one rumor you should believe is that the water certainly isn’t safe to drink. No one drinks the water in Mexico, not even the locals, and Campeche is the same despite the tourist appeal of the Yucatan Peninsula.

Local water comes from a variety of sources in Mexico including rivers, lakes, aqueducts, and aquifers. Before being distributed to household taps, Mexico’s water tends to be purified at the source. However, the distribution system is old and inefficient. Before reaching your tap, it travels far distances through old, broken pipes and most of the water gets contaminated along the way.

In fact, Mexico City, the country’s capital, ranks first in the world for gastrointestinal infections from water consumption. According to the UN, more than 70 percent of Mexico’s total water bodies are contaminated. Rivers end up so polluted that most have been reclassified as sewers and it’s Mexico’s contaminated water that led to the nationwide cholera outbreak of the 1990s.

Little has been done in the last 30 years to improve the water situation and the infrastructure remains flawed due to a lack of funding. You shouldn’t drink the tap water in Campeche for this reason unless it’s been boiled or filtered first. Most locals get garrafónes delivered to their homes (five-gallon water jugs) and it’s likely your vacation rental will come equipped with a few.

Although these come in plastic containers, most Mexicans return their garrafónes so that they can be recycled. You can buy these in supermarkets and return them if you want to reduce your single-use plastic consumption. Otherwise, getting your hands on a reusable filtrating water bottle before you visit Campeche is your best bet to keep your environmental impact down.

Even if the water in Campeche happens to not have been contaminated by disease, most tap water, like that in the US, contains tiny microscopic organisms that can cause stomach upset. The human body gets used to these organisms back home, but you can’t tolerate unfamiliar ones which can lead to illness in Mexico. This is why some locals can get by drinking tap water occasionally and might serve it to you, so it’s best to always double-check when that table water and ice haven’t come from a tap.

Is Campeche safe to live in?

Campeche, as a state, is one of the safest places to live in Mexico and the same can be said for the city. Crime levels are moderate-to-low in all categories and Campeche is becoming more and more of an attractive choice for ex-pats.

The low cost of living, beautiful surroundings, and safety all give Campeche a high quality of life. It’s also becoming somewhat of a hotspot for digital nomads and it could be a great place to connect with other like-minded individuals who are choosing to work remotely in Mexico.

The thriving local population is also even more likely to welcome ex-pats than tourists and so you could feel safer as a resident than if you were just passing through. You can only truly familiarize yourself with a city and get a sense of its rhythm if you stick around, and once you do, you’ll learn all of Campeche’s quirks and secrets and it won’t take long to feel at home.

The ex-pat neighborhoods are among the safest in the city, even more so than the touristy centers where petty crime can occur. Visitors are much more vulnerable to pickpockets and scams since they stand out, so becoming a resident could protect you from petty crime.

Once you learn Spanish and start integrating into the community, it will also be easier to navigate your way through the city and get yourself out of any tricky situations too.

7 Tips for Staying Safe in Campeche

When is the best time to visit Campeche?

The best time to visit Campeche is during the dry season which runs from November to April. The temperatures hover in the 80s and you can expect plenty of blue skies without rain and excessive humidity. Hurricane season runs from June to November and Campeche can be susceptible to tropical storms.

How many days do you need in Campeche?

Campeche is giving way to an up-and-coming ex-pat community and it’s an exciting and safe place to live if you’re looking to settle in Mexico. However, if you’re just passing through, three days is enough to get a sense of the city. It’s quite small and you can get around the historic center and nearby ruins in one weekend.

Is Campeche safe from natural disasters?

Rainy season can be very wet in Campeche and there is the chance of hurricanes that the Yucatan is vulnerable to. Hurricanes that have passed through the state over the years have caused flooding in urban localities close to the coast, including the city of Campeche. 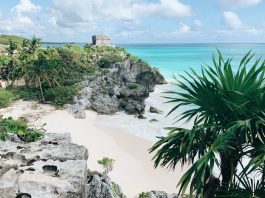 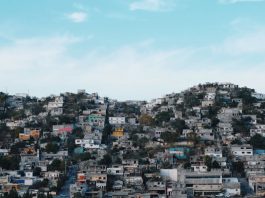 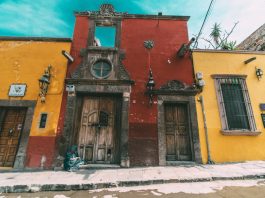