Home North America Hawaii Are There Snakes in Hawaii? Yes! 7 Species You May Encounter

Located out in the Pacific Ocean, the islands of Hawaii are rich in wildlife. Yep, a motley crew of mammals, birds, and marine creatures live in and around America’s 50th state, from rare monk seals to mongooses, humpback whales to handsome honeycreepers. But are there snakes in Hawaii? Well, yes and no…

Because this speck on the USA map is so darn remote, almost all of Hawaii’s larger mammals and insects have been introduced to the islands either directly or indirectly by humans. Hawaii is home to a very delicate ecosystem and it’s feared that the introduction of snakes could have a devastating effect on the region’s natural environment. Border patrols and conservationists have gone to great lengths to ensure serpents don’t get a foothold here.

So, there are only two species of snake known to live in Hawaii, neither of which threatens the local ecosystem. What’s more, punishments for importing snakes are now pretty severe, including a fine of up to $200,000 or three years in prison. But some snakes might just have made it through the net, and there’s a thin chance you could encounter one of the following…

The brahminy blind snake is the smallest species of snake on earth, only reaching around six inches in size. For that reason, and thanks to the pinkish hue of its skin, it is often mistaken for a large worm. As the name suggests, brahminy blind snakes are totally unable to see. They’re also completely nonvenomous (phew!), living mainly off ants and termites. They are commonly seen in Hawaii but pose no threat to humans.

For that reason, it’s extremely unlikely that you’d actually encounter one of these as you hop from the golf courses of Princeville and the surf breaks of Waikiki. That’s good news, too because, unlike the brahminy blind snake, the yellow-bellied sea snake is highly venomous. Symptoms of a bite from a include drowsiness, vomiting, muscle pain and a particularly nasty bite could ultimately prove to be fatal.

The brown tree snake is not native to Hawaii and, at present, it is assumed that there’s a grand total of zero on these islands. Conservationists and the Hawaiian authorities go to extreme lengths to try and keep it that way, as the potential for damage should the brown tree snake make Hawaii its home is downright huge. These tree-dwelling snakes have caused havoc on the neighboring island of Guam, for example, where they were accidentally introduced from the South Pacific inside cargo deliveries in the 1940s.

Since arriving on Guam, the brown tree snake has devastated much of the island’s habitat. With no natural predator, its population has grown rapidly, leading to the localized extinction of a number of bird and lizard species. On top of that, the snakes also cause hundreds of electrical blackouts a year by climbing onto power lines and into electrical boxes and transformers. They’re not the best neighbors.

Authorities fear that if introduced in Hawaii the brown tree snake would have a similarly catastrophic effect on the local environment. Though there are no brown tree snakes in Hawaii at present, a number were found in the 1980s and 1990s, thought to have hitched a ride on flights arriving from Guam. Today all planes and cargo boats arriving from Guam are checked thoroughly for these slitherers.

Though they are non-venomous, boa constrictors are well known for the deadly way in which they attack their prey. That involves a muscle-powered death hug that overpowers the victim’s bodily functions and knocks them unconscious. Thankfully, boas very rarely attack humans. Their diet is mainly small rodents and other amphibians. Native to South America, boa constrictors are also common pets and can live to around thirty years in captivity. Due to the potential damage they could do to the local environment if they escaped, owning a snake as a pet is 100% illegal in Hawaii.

The boa constrictor is far from the only interloping snake in Hawaii. Since 2015, three different ball pythons have been found in the Aloha State. Native to Western and Central Africa, the ball python is another snake commonly kept as a pet, especially on the mainland of the United States. What’s more, in all three instances, the ball pythons appeared to be in very good condition, indicating that they had probably been kept as pets at some point in time.

Just as with any other breed of snake, if allowed to roam free the ball python could devastate Hawaii’s finely balanced ecosystem. Capable of growing up to six foot in length, the ball python lives off small rodents and birds, of which there are plenty in Hawaii. Another non-venomous snake, the ball python is also constrictor, suffocating its prey by cutting off the blood supply to its victim’s vital organs before chowing down.

Despite the hefty punishments for snakes as pets and all of the local authority’s protocols aimed at making sure there are no snakes Hawaii, occasionally there’ll be one that manages to somehow slip through the net. In 2019, a southern black racer hitched a free ride to Hawaii inside the backpack of a traveler who had flown in for a vacation from Florida. The southern black racer is common in Florida and, though non-venomous, it’s also a constrictor like the boa before it.

Known for moving at high speed (hence the name), the southern black racer eats anything that it can capture and kill and would no doubt have a field day in Hawaii’s rich natural environment. Though the punishments for illegally importing snakes into Hawaii are severe, there are no such penalties for bringing in snakes accidentally. Thankfully, the traveler who unintentionally brought the southern black racer into Hawaii was aware of the laws surrounding snakes, and contacted authorities ASAP after something was spotted slithering out of his backpack.

The garter snake is commonly found throughout North America. Though they are venomous, they’re considered to be essentially harmless to humans. The venom of the garter snake is a very weak neurotoxin and they can only produce a very small quantity of the stuff, nowhere near enough to do any serious harm to a person. That said, their bites can be painful and lead to swelling; hardly the best start to a sun-splashed holiday on the Na Pali Coast, eh?

How do snakes get to Hawaii?

In most cases snakes are accidentally imported into Hawaii either inside cargo shipments or inside planes or boats that come from other countries or islands where snakes are common. The only snake to reach Hawaii by its own means is the yellow-bellied sea snake which lives mostly in the waters around Hawaii. There may also be black market traders who import snakes to be kept as illicit pets, despite the serious risk of punishment.

Are there any dangerous snakes in Hawaii?

Of the two snakes that live in Hawaii, it’s the yellow-bellied sea snake is the most dangerous, producing a powerful venom that is capable of killing a person. The brahminy blind snake, however, is one of the world’s smallest and poses no danger to humans.

Are there any snakes native to Hawaii?

There are no snakes native to Hawaii. Of the two species of snake that live on Hawaii, one was accidentally introduced, whilst the other swam from the waters of the Indo-Pacific. All other snakes found in Hawaii have either been accidentally or illegally imported.

How come there are no snakes in Hawaii?

There are snakes in Hawaii, but only ones that have been accidentally introduced by humans over the centuries. There are no snakes naturally living in Hawaii because the islands are so isolated from the rest of the world and much of the local fauna evolved separately to creatures throughout North America, South America, Africa, Asia, and Europe.

Why are snakes illegal in Hawaii?

Keeping snakes as pets in Hawaii is illegal because of the potential impact that snakes could have on the natural ecosystem of the islands. Snakes probably wouldn’t have a natural predator here, so they could devastate the food chain by eating too much, seeing their population numbers explode beyond control. 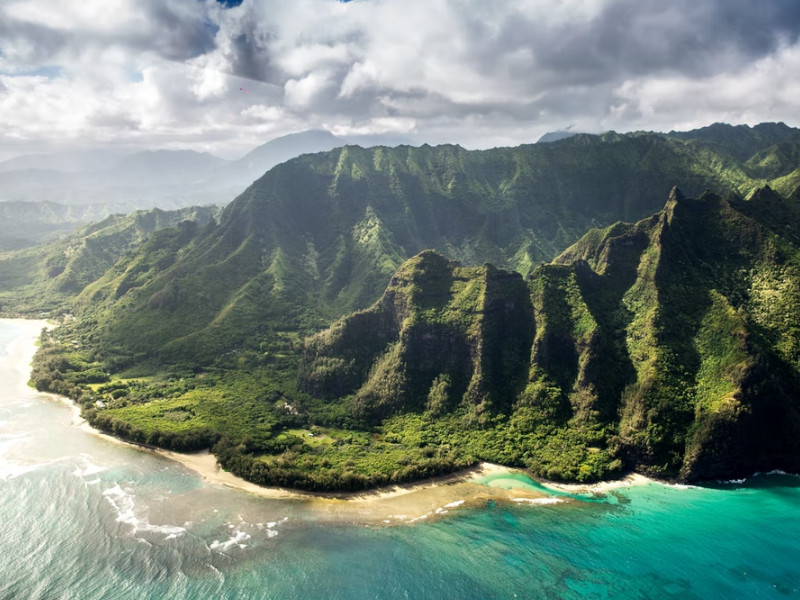 Aloha Dips: The 7 Best Beaches In Kauai For Swimming 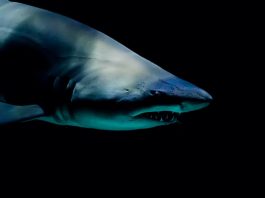 Are There Sharks in Hawaii: 9 Key Species 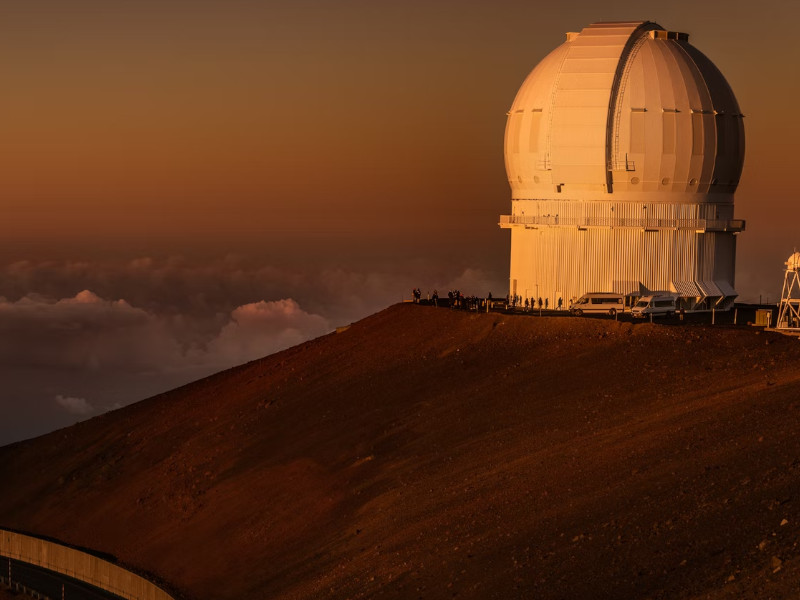 Morning Views: The 5 Best Places In Maui To Watch Sunrise