This cut-out of Central America is famed for its soaring biodiversity and amazing national parks. They come filled with slow-moving sloths and slithering snakes, but also host four species of simians: The raucous howler, the miniature capuchin, the fast-moving spider monkey, and the agile squirrel monkey. But where are the best places to see monkeys in Costa Rica?

That’s what this guide is all about. It hops from the mist-gathering Pacific rainforests of the west coast to the rain-soaked cloud forests up in Monteverde, all to help you find the places that offer the best chances of seeing monkeys in these parts.

The Corcovado National Park covers the bent finger of land that is the Osa Peninsula. It’s hailed as one of the last main vestiges of true wilderness in the country, and remains hardly explored, since most travelers prefer the more accessible national reserves around Monteverde and Manuel Antonio. More than that, it’s known to be the ONLY place in the whole nation where it’s possible to spot all four species of monkey that are native to the country!

There are only a few select ways to get on the ground in the Osa Peninsula and the Corcovado National Park itself. You can opt for a flyover tour in a prop plane, which naturally isn’t the best choice if you’re keen on getting up close and personal with the simians of the forest. You can embark on one of the long-distance hiking trails that carve through the heart of the reserve (much better). Or you can book into one of the backcountry eco lodges here, which offer day outings and experiences within the monkey-filled jungles (also good).

Perhaps the most notable monkey species that’s present in the Corcovado reserve is the spider monkey. Once common throughout the home of gallo pinto and surf breaks, its range has been severely decreased in recent decades. It’s now only present in a few places along the west coast and in the mountains, the Osa included. But they can be tricky to spot since they are Costa Rica’s most active and energetic monkey, with a well-adapted tail that lets them hop swiftly between the branches and boughs.

The Osa Peninsula that surrounds the Corcovado National Park isn’t just one of the best places to see monkeys in Costa Rica. It’s fast becoming one of the most iconic wildlife hubs of the country full stop. Perhaps most notably, it’s now the epicenter of whale watching. Come between August and October to catch the main migration and you can back up those spider monkeys with a glimpse of huge humpbacks out at sea!

Ah, the Manuel Antonio National Park. This uber-famous reserve doesn’t just get plaudits for being one of the best places to see monkeys in Costa Rica. It also gets plaudits for being one of the most awesome national parks we’ve ever been to. Period. Don’t just take our word for it, though. The stats speak for themselves: 346 plant species, 186 bird species, two types of sloths – we could go on and on.

When it comes to monkeys, scientists disagree a little. Some say that you can spot three of the nation’s types of monkeys. Others say it’s the full four (just like in the wild Corcovado National Park listed above). Whichever it is, the real trump card in Manuel Antonio is twofold: The accessibility and the nature of the trails.

First, accessibility. Manuel Antonio is just a few hours’ transfer from San Jose city, so you can whizz down the highway and be tracking monkeys only hours after stepping off the plane. Plus, there’s a town – Quepos – right on the doorstep, which has its own beaches and beach hotels. Second, the trails. Basically, the marked paths in Manuel Antonio are especially designed to bring you in very close contact with the creatures of the forest, making sightings of howler monkeys and even rare squirrel monkeys all the more common.

The one downside is the fact that the Manuel Antonio reserve is perhaps the busiest in the whole of Costa Rica. It gets something like 150,000 patrons each season. The upshot? You almost certainly won’t be alone in the woods with just monkeys for company! The park closes promptly at 4pm each afternoon so get there early.

A trip to Monteverde is a bit of a rite of passage for any first-time traveler to Costa Rica. We can see why. The reserves here soar high on the sierras in the midst of the country, offering a glimpse of uber-rare cloud forest habitats (some of the best-preserved of their kind on the globe, no less). Plus, they are the home of the iconic canopy walks and ziplines, so have something to sate the adrenaline junkies among us.

Monkey lovers will also be happy to hear that two famous species of simians are within the 100 mammals that call these cloud forests home. Yep, you can come here to see the iconic howler monkey and the rarer white-faced monkey, also known as the capuchin monkey. The first is a classic Costa Rican critter, with big tufts of jet-black fir and one of the loudest calls in the forest. The latter is a highly intelligent but small animal with a trademark halo of white hair around its face.

Most people who visit the Monteverde reserves will base themselves in the town of Santa Elena. It’s a couple of clicks down a winding road in the valley just below the cloud forests but offers ample choices in the way of hostels and restaurants. These days, the region is also known as a bit of a hub for luxury eco lodges. They can command rates of $250+ night but are something special – think hot-spring swimming pools and on-site spas to return to after meeting the monkeys!

The Arenal Volcano National Park has firmly established itself as something of a haven for adventure travel. It skirts the bottom of its namesake mountain, which is among the most active volcanos in the whole country, and a veritable icon of a peak thanks to its perfect cone shape. The reserve, meanwhile, is riddled with gushing whitewater rivers, pristine forests, and blooms of orchids.

Three types of monkeys make their home within: The howler monkey (who will often wake you up in the morning if you stay near park boundaries), the capuchin, and the spider monkey. It’s possible to spot all of them in a single day if you take to the trails of the Arenal reserve, which are all extremely well maintained and marked.

Today, the ever-growing town of La Fortuna is the place to stay when heading Arenal Volcano National Park way. It’s a bustling backpacker hub with hostels and bars aplenty, and a surprisingly lively nightlife to match! For something quieter, stick to the countryside and choose one of the eco resorts in the area, some of which even harness the local hot springs to offer natural spa facilities!

The Tortuguero National Park is the only mention on this list that whisks you over to the less-trodden Caribbean side of Costa Rica. Covering a whopping 19,000 hectares of land just south of the Costa Rica-Nicaragua border, it’s known for its sprawling swamps and wetlands, but also great runs of totally untouched rainforest.

If that sounds like just about the perfect place for monkeys, then that’s because it is. Three of the four species that are known to live in Costa Rica live right here in the Tortuguero National Park. The spider monkey is particularly prevalent, which warrants special mention since it’s among the rarer monkey types seen in Central America as a whole and is now listed as an endangered species by the IUCN.

The thing with Tortuguero is that it’s pretty impenetrable country. The most popular way to get in and looking for the aforementioned monkeys is on the water. Organized boat tours run out of the main tourist town that sits in the heart of the reserve (also called Tortuguero). There are also two planned hiking paths, one along the coast (not great for monkeys) and one inland to the summit of Sendero Cerro (better for monkeys), though that’s occasional closed.

Also don’t forget that the Tortuguero National Park, just as the name implies, is the mecca for turtle watching in Costa Rica. The main nesting and hatching season is from July to October. Access to the beach is highly controlled during that period, but you can witness one of the great phenomenon of nature if you happen to be around at that time.

The best places to see monkeys in Costa Rica – our conclusion

Look – it’s almost impossible to come to Costa Rica and not see a monkey. From Tamarindo to the outskirts of San Jose, these swinging simians are in abundance across the nation, especially those loud-mouthed howler monkeys! However, there are some places that can up your chances of seeing these creatures even more, and make it possible to spot rarer species like the spider monkey and the squirrel monkey. They’re largely national parks, like famous Manuel Antonio and the wild reserves of Corcovado on the Osa Peninsula. 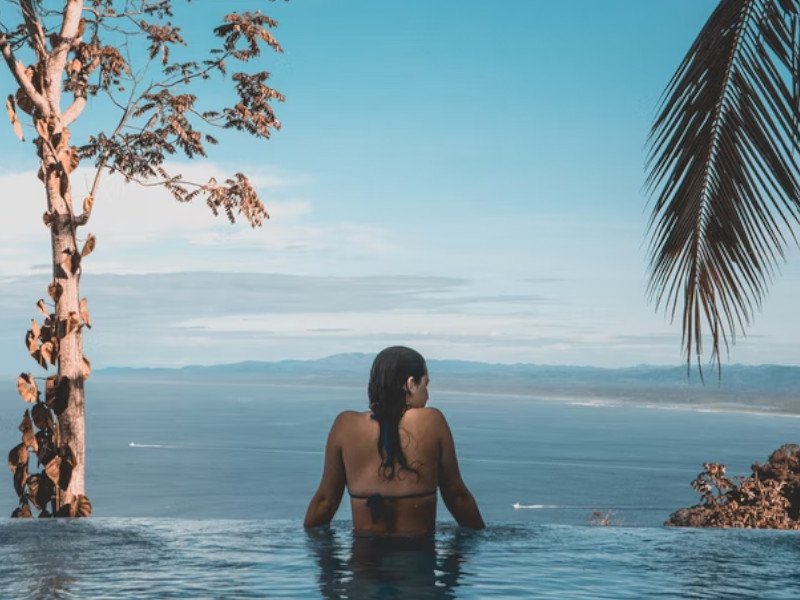 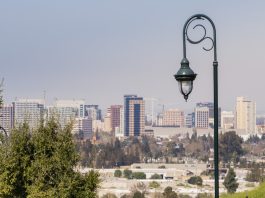