Home Europe United Kingdom Edinburgh or London? Which City is Better For You?

Edinburgh and London are both thriving, vibrant cities filled with thousands of years of history and incredible sights and attractions. Both cities are much loved by tourists who flock to them in their millions each year. But these cities have two distinct personalities. They offer two different glimpses of the UK and give very different vacation experiences.

Will you choose huge, sprawling London, full of celebrated landmarks, iconic sights, and famous streets? Or do you fancy Edinburgh, the capital of Scotland, steeped in Scottish history and small enough that you can explore it all on foot?

Choosing between the two is not an easy task. But we’ve done our best to lay out the key similarities and differences for you here. Hopefully, it will help you to choose your perfect city, Edinburgh or London.

One of the main differences between these two beautiful cities is their size. London is a city of almost 9 million people. It covers an area of 1572km², and you could live there for a year and never explore every inch of it. In comparison, Edinburgh covers a much more humble 264 km² and has a population of only half a million. You can take a bus from one side of the city to the other in around 45 minutes.

Edinburgh’s compact size means you can stroll around on foot, taking in the sights with relative ease. Whereas London’s sprawling landmass involves spending a lot more time – and money – getting taxis, buses, and tubes between locations. Edinburgh’s main sights could be seen on a weekend or three-day trip. However, a week in London would still leave you with many sights left to see.

Winner: London. Although it comes down to personal choice and how much time you have to explore, we can’t argue the fact that London is just so much bigger!

London is packed with super famous sights, tourist attractions, historical and architectural gems. Take a trip to Big Ben, the Tower of London, and Westminster Abbey, then nip over to Buckingham Palace to watch The Changing of The Guard. Wander through streets lined with red telephone boxes and black cabs. Pop into a pub that’s been standing for hundreds of years before checking out the 21st-century wonders of The Shard or The Gherkin. There is no end to the incredibly ancient and modern sights in London.

Edinburgh’s sights might be a little less famous, but they are still pretty spectacular. Join the millions of people who visit each year to see the 12th century Edinburgh Castle and to hear the cannon boom as the clock strikes one. Take tours through the ancient dungeons and tunnels beneath the city and peek at the Scottish Crown Jewels inside the Royal Palace. Stroll the Royal Mile and Princes Street, gaze at the St Giles Cathedral, and wander the atmospheric streets of the Old Town. History hunters, architecture buffs, art lovers, and fans of Scottish lore will find plenty of sights worth seeing in Edinburgh.

Winner: London. Although both cities are full of amazing tourist attractions and historical sights, London wins for sheer abundance.

Edinburgh or London: People and Culture

London is one of the most multicultural cities in the world. A third of its nearly 9 million residents moved to the city from elsewhere, and around 250 languages are spoken daily. This fusion of people is part of what makes London so unique. It’s a vibrant, diverse, and thoroughly modern city set against a backdrop of thousands of years of British history. So a visit there is a chance to explore not just one culture but many. Start by checking out the thriving arts, music, fashion, and food scenes in the many galleries, theatres, and pop-up events that are always happening in this energetic metropolis.

Despite a large contingent of international residents and students, Edinburgh’s population is still predominantly Scottish. And as the capital of Scotland, the city is a fantastic place to experience the unique and rich Scottish culture. You’ll find the people to be a friendly and welcoming bunch, who love the chance to talk about their country. So – if you can understand the accent – feel free to ask plenty of questions! Explore Scottish culture further with trips to The National Scotland Museum, one of the three National Galleries, or by visiting during one of Edinburgh’s world-famous festivals.

Winner: Both cities are beloved by their residents and packed with unique cultural and experiences. We’re calling this one a draw.

Edinburgh or London: Food and Drink

Edinburgh is renowned for its food scene. The city has 4 Michelin-starred restaurants, and its reputation is still growing. There are restaurants for all tastes and budgets, including many specializing in authentic Scottish fare, using Angus beef, wild pheasant, and locally caught salmon. And, would any trip to Scotland be complete without a taste of the finest whiskey in the world? There are over 130 whiskey distilleries spread across Scotland, and a good selection of them are in or near Edinburgh. And it’s not just Whiskey; Scotland is a world leader in gin production too. Get yourself to a tasting bar!

Ok, so Londons got 66 Michelin-starred restaurants, but come on, it’s bigger! Still, that is an impressive number. Plus, there’s any number of restaurants run by celebrity chefs and plenty of iconic places to eat like The Ritz and Claridge’s. Maybe check out Dinner by Heston Blumenthal where the menu promises to delight your taste buds while teaching you the history of British gastronomy. But if the fancy restaurants aren’t your style, hit up the markets for some of London’s best street food. Try Borough Market or Camden Market for famous favorites from around the globe or Dalston Food Market for something more budget-friendly.

Winner: London. London takes it again for sheer numbers of restaurants (although if you’re a whiskey fan, disregard that and head straight to Edinburgh!).

Edinburgh or London: Entertainment and Nightlife

If there’s one thing Scottish people know, it’s how to throw a party. Edinburgh is known as the Festival City, and barely a month goes by without something exciting on the schedule. In August, there are so many different festivals happening that people just call it The Edinburgh Festival to encapsulate the lot. And outside of the festivals, you’ll still find plenty to entertain you.

The strong artistic and creative scene ensures there’s a lot of different options on offer for an evening out. Edinburgh’s got cabaret theatres, comedy clubs, folk bars, classical concerts, live music venues, and underground dance clubs. From student dives where the beers are cheap, and the band might be the next big thing to classy cocktail joints where you have to keep an eye out for celebrities, you’ll find something for everyone here.

London doesn’t just have good nightlife, it’s got whole districts filled with good nightlife. You’ll want to pick your region for the evening before you head out to avoid spending all night taking taxis between venues. Will you go for classic cocktails in Mayfair or footballer spotting in Chelsea? Do you want the trendy bars of Soho, or the alternative, bohemian vibes of Camden? Do you want to party with the cool kids in multicultural Shoreditch or go budget with the students in Elephant and Castle? The options are endless, and that’s just the bars and clubs. If you want to talk about live music venues, comedy clubs, and west-end theatres, we’ll be here all night!

Winner: London. Edinburgh has an extremely lively nightlife scene, but it just can’t compete with London.

There’s a surprising amount of greenery contained within the landmass of London. Eight royal parks are located within the city, including sculpted Kensington Gardens, Hyde Park with its artificial lake, and leafy Richmond with its herds of resident deer. These parks span 5000 acres of green space are free to enter and open to everyone. Another option for nature lovers is to take a stroll along Regents Canal. The tranquil walk stretches for 9 miles passing through Little Venice and showing you a side of London you didn’t know existed. Or for a day out, take a 1-hour train trip from central London to explore 6000 acres of ancient woodland at Epping Forest.

In Edinburgh, the green spaces are not within the city but surround it and are as much a part of it as the castle itself. Exploring Holyrood Park and climbing the 820ft to the top of Arthur’s Seat is a must-do activity for most visitors. The exertion is well worth it for the stunning 360-degree view of the city, the surrounding countryside, the Firth of Forth, and the North Sea coastline. And why not take a trip to the beach? Just 15 minutes from the city center lies Portobello, a little seaside suburb with miles of award-winning golden sandy beach and a lovely waterfront promenade.

Winner: Edinburgh. London might have more green spaces than you’d expect, but the rugged Scottish landscape around Edinburgh is sublime, and a much-loved part of the city.

Edinburgh or London: Price and Accommodation

London is the most expensive place to live in the United Kingdom. Rents and property prices are astronomical compared to other areas of the country, and prices in bars, theatres, and clubs, tend to reflect this. However, it is possible to holiday in London on a budget.

The abundance of accommodation and restaurants means that there’s some competition to keep prices down. And there are plenty of hostels and cheaper eateries to cater to the student and backpacker crowd. But if you want to see all the sights, take all the tours, and have lunch at the famous spots, your costs are going to mount up quickly. That being said, if budget is not a concern, then London is the place to live it up in world-famous hotels and exclusive restaurants.

Edinburgh is the most expensive city in Scotland, but your money will still go much further than in London. Not just on accommodation but when it comes to eating out, nightlife, activities, public transport, events, and gigs, the price tag is lower than Londons. You can explore Edinburgh on any budget. Choose elegant hotels and high-end restaurants or hostels and backpacker-friendly bars, this city caters to everyone. However, be warned that accommodation prices go through the roof during August when the world-famous Edinburgh Fringe Festival happens. Plus, all rooms book up way in advance, so plan ahead!

Winner: Edinburgh. If you shop around and watch where you eat, you can visit London on a budget, but you definitely get more for your money in Edinburgh.

So there you have it, it’s 4:2 to London, which is no surprise really. London is so much bigger than Edinburgh that it wins most categories just for abundance. But the score isn’t really the point. Both of these cities have loads to recommend them. You’ll find no shortage of history, culture, great food, or brilliant nightlife in either of them. But the reasons to choose between them are clear.

If you want to experience what makes Scotland so special, if you’re budget-conscious, a whiskey lover or if you like your cities small enough that you can explore them by foot, head to Edinburgh.

But if you want the classic British experiences of seeing Big Ben, having high tea at Claridge’s, and visiting the West End. And if you like your cities big, loud, culturally diverse and with an energy to match, choose London. 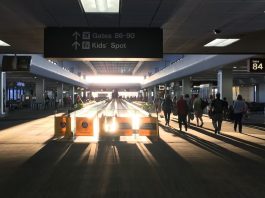 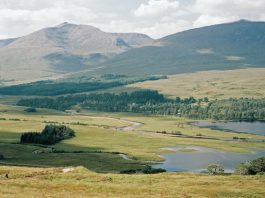