Home Europe 17 Ways to Travel Iceland on a Shoestring Budget 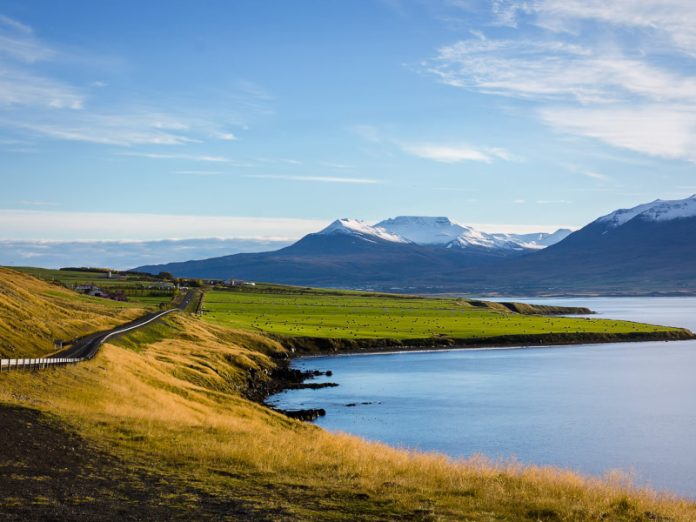 If you want to travel Iceland on a budget but are scared of all those warnings about it being one of the most expensive destinations in Europe, then you’ve come to the right place. This guide will run through 17 ways that you can save cash while going between the amazing waterfalls and black-sanded beaches of this iconic island.

Of course, budget travel here isn’t really that easy. The country charges a premium on most things, from hotels to food to alcohol, at least when compared to other places on the continent. Most people will spend lots seeing the main sights and hopping in the hot springs.

However, it doesn’t have to be that way. We think there are good opportunities to reduce what you spend by planning wisely. That could be anything from traveling during the winter low season to eating at local petrol stations and using buses to get around.

Travel Iceland on a budget: Getting there

There are many things you can do to lower the cost of your trip to this beautiful country, especially if you plan wisely. Traveling to Iceland on a budget isn’t too difficult if you follow at least one of the tips below:

Summer is by far the busiest and the most expensive time to visit Iceland, so the flights during that time will cost you a premium. You can save a lot by traveling outside of the months between June and August. On average, January is the cheapest time to fly to Iceland, with prices as low as $40 return from London and other European destinations.

There are several European low-cost airlines connecting Iceland with the rest of the continent. Those will usually charge extra for things like baggage and food, but if you’re willing to forgo these luxuries, you can find some real bargains. Airlines such as Wizz Air, EasyJet, Norwegian, and Vueling offer plenty of routes with flights at rates as low as $15 dollars from some European cities!

A new Icelandic budget airline, Play, that started operating in 2019, has joined other carriers in offering low-cost flights to many destinations on the continent. They are also starting new direct routes to Boston and Washington in the near future, with flight prices beginning at $140 one way.

Just as when it comes to finding cheap flights to any destination in the world, you should use flight comparison websites to get the lowest rates over to Iceland. With the help of the useful Google Flights calendar, you will be able to see how the rates change depending on your dates. Other websites, such as Momondo and Skyscanner, will show you graphs and lists of the cheapest times and destinations for flights to Iceland.

Travel Iceland on a budget: Getting around

Iceland is known for its undeniable natural beauty throughout the whole island. From craggy mountains and volcano to gurgling waterfalls, wild beaches and lagoons, there is a lot to see in this stunning country. You may not be able to get to all the attractions if you’re on a tight budget, but there are a few ways to whiz around Iceland on a budget…

Although there are no trains in Iceland, there are extensive Strateo bus routes throughout the country, so it’s possible to get around without having a car. The passes are relatively inexpensive, so it’s an especially good option if you’re traveling alone. The downside is that the buses are quite slow and won’t take you straight to the major attractions, but rather from one point to another.

If you’re on a really tight budget and want to minimize your spending while traveling around, you can opt for hitchhiking. Iceland is one of the safest places in the world, with very low crime rates. That means it’s considered a fantastic place to hitchhike. You should bear in mind, however, that it will be much harder to find a ride the further you go away from Reykjavik especially in the remote areas of the Westfjords. It is also not reliable, so we wouldn’t recommend it if you’re tight on time.

By far the best way to travel around Iceland is by renting a car. Of course, car rentals can be quite expensive, especially in the summer, but you can find some really good deals if you go off season. In January and February, car rentals start at around $200-$250 a week for the most economy options. That’s in comparison with more than $800 at the height of the summer!

Although you can save a lot by renting a car in the winter, some places may not be accessible due to poor weather. You can also lower the cost of your car rental by going as a group. Spreading the price of the car between four people will leave a much smaller hole in your wallet than if you go as a couple or solo.

Accommodation in Iceland can be very pricy, especially if you stay in luxury lodges. That said, bedding down in less fancy places can be surprisingly cheap. Here are a few ideas on finding affordable accommodation on the island.

One of the best ways to travel Iceland on a budget is to go for a camping holiday. There are plenty of campsites around the country, with prices ranging between $10 and $20 for a night. Wild camping, however, is illegal, so make sure to check where the campsites are beforehand. Camping is only possible during the warmer months, but you can avoid the crowds by going in the shoulder seasons, either in April or September. The good news is that you don’t need to book campsites in advance. In fact, most don’t even take bookings.

Accommodation in Iceland will take a big chunk of your budget, especially if you stay in luxury lodges. If you’re searching for the best value stays, it’s worth starting to look well in advance, as those are likely to sell out first. Use websites such as Booking.com for discounts and to compare the rates.

The prime time to visit Iceland is between June and August when the days are the longest and the weather is at its best. That means that everything will be a lot more expensive, though, as this is when most visitors come to explore the beautiful country.

By avoiding the busiest months, you can often find some hefty discounts on accommodation, especially if you visit during the unpopular winter months. At Hótel Laugarbakki, for example, the cheapest room costs over $2,800 for a week in the high season, but that goes down to around $1,100 between November and March!

Like most things in Iceland, eating and drinking is much more expensive than in most countries. A meal at the most budget-friendly restaurants will cost you between $25-$30 per person, but there are a few ways to save some bucks on food and drinks:

Popular fast-food chains like Subway and KFC exist in Iceland. And, although they aren’t as cheap as in many countries, you will still find that they cost less than most dining options. Other places to find more budget-friendly meals are petrol stations. Whether you go for ready-made sandwiches or a hot meal, they should save a whole lot more than if you ate at upscale restaurants.

Cook your own food

Eating out is very expensive here, so you can save a lot by cooking your own meals. Make sure you choose the appropriate accommodation that allows for that. Although groceries are pricier than in most places across Europe, they should still be much cheaper than restaurant food. You can save even further if you do your shopping at cheaper chains such as Bonus, Kronan, or Netto.

Don’t ever buy bottled water in Iceland! Tap water here is one of the cleanest and tastiest in the world, so there is no need to spend money on plastic bottles from the shop. Just make sure you bring a refillable container and enjoy your fresh, mountain water from the tap.

One of the things that really cost a bomb here is alcohol. Like most other Scandinavian nations, Iceland has high taxation on alcoholic beverages, so don’t be shocked if a night out in Reykjavik leaves you out of pocket. If you want to drink alcohol in Iceland without spending the big dollars, it’s best to buy your drinks at the airport’s duty-free shops before entering.

Travel Iceland on a budget: Activities

Some activities can be pricy in Iceland, but there is a lot to do here for little to no money. Here are a few ideas.

Don’t go to the Blue Lagoon

You may have seen photos of those turquoise hot springs on your Instagram feed, but they don’t come cheap. The cheapest tickets start at around $46 and can cost more than double during the most popular times. Although the Blue Lagoon is a great experience, there are plenty of natural hot springs across the country that don’t cost a penny! You will need to hike to the Reykjadalur hot spring river, but anyone can use it without any entrance fees. Another place, the Grotta lighthouse footbath, is right in the capital itself.

Iceland is a hiker’s paradise, offering endless trails across beautiful national parks. Unlike many activities, hiking is free, and you don’t need to pay anything to enter national parks here. In the summer, you can purchase a Highland Hiker Passport for discounted bus rides to the most popular hiking routes in Laugavegur and Fimmvörðuháls from Reykjavik. There are no entrance fees to visit Skogafoss and Glymur waterfalls, either, but you will need to pay for parking there.

One of the best ways to explore Iceland’s capital is with one of the free guided walking tours. You will learn a lot about Icelandic history and culture from the local experts, all without having to pay big dollars. You will only be asked for a small donation at the end, but this is technically voluntary.

Travel Iceland on a budget – a conclusion

Traveling Iceland on a budget isn’t the easiest thing to do. This country is beautiful and striking, but it’s also one of the most expensive places in Europe. Still, there are ways to cut the cost of a trip. They include traveling during the low-season winter months and opting for cheaper hotel and food options, not to mention hiking and bathing in free hot springs.