Home Asia Indonesia 11 Things to Avoid in Bali: What Not to Do in Bali

Rice paddies, mystical temples, macaques swinging in the trees, and endless empty beaches to soak up Indonesia’s sunshine – Bali might just be the heaven on earth that’s shown on the Instagram feeds. And, for the most part, it really is that. However, there are a few things to avoid in Bali if you want your trip to be in line with that romanticised image of a tropical paradise.

Yep, everything from uber-strict Indonesian laws (visitors aren’t exempt from the death penalty here!) to road safety issues and natural hazards, the so-called Isle of the Gods is actually riddled with potential pitfalls. We hear all too often of whole trips of lifetimes ruined because of something going awry.

Cue this list of the 11 things to avoid in Bali. It’s made up of some of the most common dangers we hear about in the land of gado gado and endless surf. So, grab a pen and make note, because you’ll want to steer clear of…

Driving a scooter without a licence

Picture it: You’re driving a rented scooter, salty hair flowing in the wind behind, winding jungle tracks fringed by palm forests winding in front. It’s the epitome of freedom; fodder for Instagram feeds. However, it’s just not legal without an International Driving Permit, and hopping in the saddle without one could land you with a heavy fine.

A UK driving license does not entitle you to drive in Indonesia. Instead, you will need to obtain an International Driving Permit in either the UK or Indonesia. Many tourists ignore this requirement and choose to drive a scooter without the correct licensing. Consequently, the Balinese Police make a high daily rate of roadside fines. If you fail to produce valid documents, you may be vulnerable to penalties, and there are common reports of these being pretty pricy!

Aside from avoiding driving a scooter with no license, tourists should also confirm that their insurance policy covers scooters and road accidents, and be sure to wear a proper helmet whenever they’re on the road. GOV.UK describes Bali’s traffic discipline as ‘very poor’.

The consumption of drugs is a thing to avoid in most countries and is heavily regulated globally. However, tourists should take particular care to avoid drugs in Bali.

Indonesia has a solid, zero-tolerance stance on the possession, manufacturing, and trafficking of illegal drugs. Possession of even low-class substances such as marijuana can lead to lengthy jail sentences, while more serious offenses such as trafficking carry the death sentence – yep, death!

In Bali, police have been known to raid popular venues and enforce drug tests for individuals they find suspicious. Indonesia’s hard stance on drugs means that the best option is to avoid them altogether. No ifs. No buts. Just walk away from anyone offering you substances, especially since undercover officers are known use this technique to catch would-be law breakers.

It is also worth noting that many prescription drugs are illegal in Bali. ADHD medication and painkillers such as Codeine are all against the law, for example, carrying the risk of imprisonment should you try to enter the country with them. If you carry prescription medication, seek legal advice and obtain a note from your doctor well before your departure.

The gorgeous Gili Islands and neighboring Lombok are popular side excursions from Bali. Both are accessible by regular ferry boats and catamarans. However, boat trips in Bali are plagued with accidents, and many vessels do not meet basic safety regulation requirements.

Incidents include sunken boats due to overcrowding, collisions with other water traffic, and even engine explosions have been known to happen. On the 29th of June 2021, a Bali-bound ferry sank, carrying fifty people onboard and causing at least seven fatalities. Our advice? Avoid boat travel as much as possible and always check that the ferry company you choose has all the proper documentation and good reviews.

There are oodles of spirits around the globe that are referred to as Arak, so it’s something of a generic term. But, in Bali, Arak is made from fermented coconut juice or brown rice.

Unfortunately, homemade varieties of arak can contain methanol, which can cause poisoning leading to blindness and death. Methanol contaminated drinks often occur due to spiking or inadequate home production of alcohol – meaning tourists need to take special care when drinking in Indonesia. Try to stick to bottled beverages such as beer, decline free or cheap drinks, and avoid leaving your glass unattended at all times.

Tourists should be wary even when purchasing branded arak. According to GOV.UK, there have been reports of criminal gangs creating ‘counterfeit replicas’ of branded alcohol and filling them with high quantities of methanol.
Drinkers should also take precautions against spiking globally, and seek immediate medical attention if you or a friend is targeted on a night out in Bali.

Bali’s notoriously poor water infrastructure puts users at risk of dangerously contaminated drinking water. In the short-term, users risk unpleasant viruses and sickness – we’ve heard tales of the infamous Bali Belly far too many times, and the debate rages on as to whether it’s the pollution in the sea water or what comes through the faucet! In the long term, there have even been suggestions that poor tap water can lead to increased risk of serious ailments like cancer and brain injuries.

The next reasonable step may seem bottled water. However, Bali also has a huge plastic pollution issue. Try to invest in a refillable bottle where possible – especially if it comes with a filter. By investing in a refillable bottle, you can purchase a single multi-liter bottle of water and decant it over a longer period to reduce plastic waste. There are now refill stations in many cafes, hotels, and bars – especially around Kuta, Seminyak, and the Bukit Peninsula.

In temples, both men and women should cover their legs and upper arms. Often, temples rent clothing for a small fee upon entry, but packing a sarong to cover up in emergencies is a helpful way to avoid not meeting dress standards. Culturally improper attire at temples and sacred sites will offend. Expect to be turned away from attractions if you are believed to be dressed disrespectfully.

They’re everywhere in Bali. On sidewalks, ledges, or dotting the street outside temples, small, woven, palm-leaf baskets called Canang Sari overflow with flowers, delicate snacks, and coins, all topped with a smoking incense stick. They’re an important part of the deep religiosity of the island.

Hindu Balinese residents place Canang Sari out daily as a religious offering of gratitude. Traditionally, offerings are handmade, and locals will take a long time out of their morning to prepare them. Therefore, Canang Sari holds great personal importance to the individual who placed them there.

Visitors should take especial care not to step on any offerings along the pavement out of respect to residents and traditions. If you happen to disturb one accidentally, make sure to apologize in a friendly, sincere manner.

There was time when Bali was said to have a human population of about three million and a feral domestic animal population of around one million. That’s one stray cat or dog for every three humans! Thankfully, things have gotten better since them, not least of all thanks to programs aimed at sterilising and rehoming the canines and felines of the Isle of the Gods. But loose animals are still one of the things to avoid in Bali.

For one thing, there’s thought to be a high prevalence of rabies in the street dogs of Bali. In fact, there’s an Indonesia-wide ban on moving pups on and off the island to limit the spread of the disease. And it’s not just rabies. Reports of infected wounds, transmission of the canine parvovirus, parasites and broken bones also all plague the dog packs, which are also known to be potentially aggressive and territorial to boot.

Surfing out of your depth

stream of swell that comes up from the Southern Ocean and across from the depths of the Indian Ocean to keep things turned on virtually all year round.

But surfing carries its own hazards, and we hear all too often of folk getting caught out by the spots on the Isle of the Gods. The truth is that many of the waves here are expert only but not everyone knows that when they come hoping to try their hand at wave craft.

Places where beginners often get into trouble include the hefty left-hand point breaks in Uluwatu (one of the most powerful waves on the island) and the shallow reefs of Impossibles (the clue’s in the name there, right?) and Bingin.

If you do come here and want to learn to surf, stick to the sandy beaches of Kuta and Seminyak. They’re far better for starters, have smaller waves, and come dotted with surf schools.

Getting the wrong visa or overstaying your visa

Visas are one of the main hassles for visitors to Bali. It won’t be an issue if you’re just dropping in for a couple of days as part of a Southeast Asian adventure. Then, many nationalities get a visa on arrival that costs around just $35 and is pretty easy to do in the airport.

However, if you’re looking to hang around a little longer and enjoy a yoga-filled surfer’s life on the Isle of the Gods, there are all sorts of things to think about. Tourist visas for Indonesia usually last 30 days and can then be extended by another 30, but that does take some admin at a local immigration office. Still not long enough? Consider the 60-day B-211 cultural visa, which you’ll have to apply for at an Indonesian consulate before coming.

We’ll just say this once: Balinese border police do not take visa overstays lightly. Just don’t do it folks. There are potential fines of over a million IDR each day that you overstay after 60 days and anyone who does that will be required to attend court and could even face jail time.

It might seem a little obvious, but it’s got to be said: Never travel without travel insurance. That’s especially true if you’re planning a jaunt somewhere far flung and riddled with potential dangers like Bali.

While it’s not illegal to hit the road without a policy, it’s never a good idea. Travel insurance is a basic layer of protection that offers a fallback in a whole host of situations, no matter if you have something valuable stolen or whether you get caught out by flight delays.

More than anything, travel insurance offers a hefty amount of medical cover. That’s really the key here, because those who don’t have that backup will find themselves having to fork out loads (like, LOADS!) for healthcare if something does happen to go wrong.

If you’re traveling to Bali, we’d consider adding in things like cover for motor accidents or high-altitude trekking cover if you’re planning on trying to conquer Mount Batur or another soaring volcano.

Things to avoid in Bali – the verdict

There is no reason why your experience of the famous Isle of the Gods should be any different to those dreamy Insta feeds. But there are some things to avoid in Bali, from riding a scooter without the proper permit to dodging the smoking Hindu offerings on the street. Forgetting some of these will just come across as insensitive or culturally inept, while forgetting others could be your one-way ticked to a long stay in an Indonesian jail! 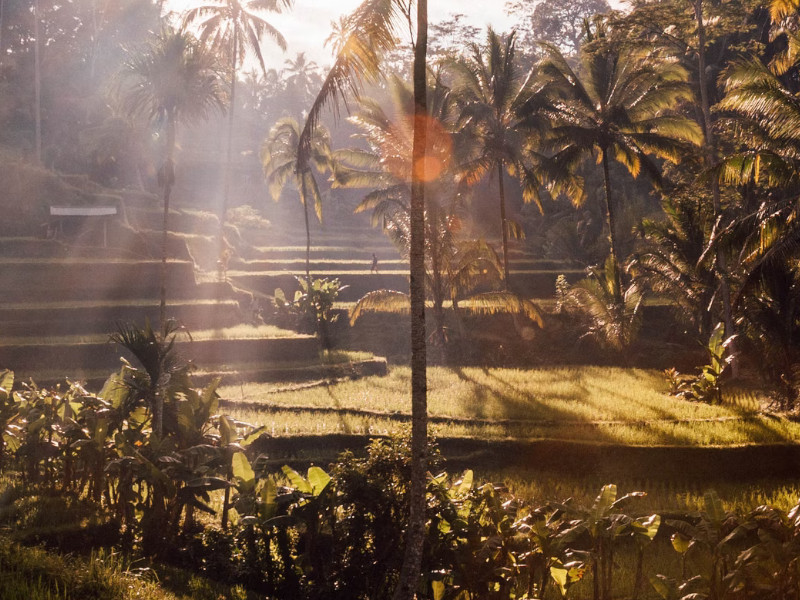 Is Lombok Worth Visiting? 9 Reason’s to Visit Bali’s Neighbor