Home Africa How to Travel Between Islands in Cape Verde: The Ultimate Guide 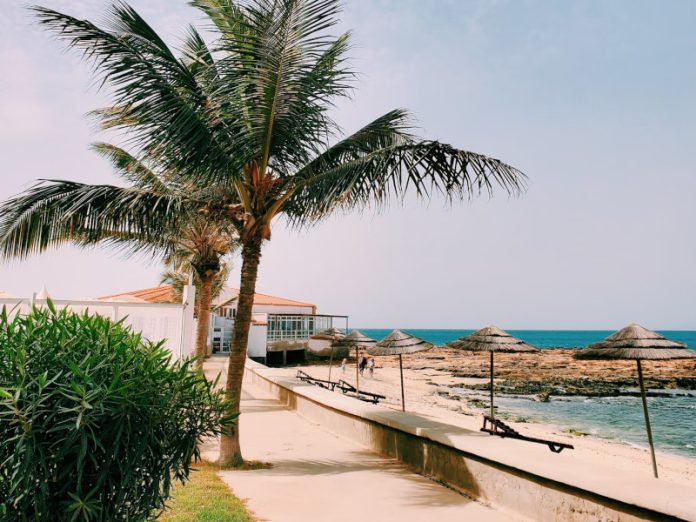 From secluded, white-sand beaches to craggy mountain peaks, sleepy seaside villages to spectacular volcanoes, Cape Verde has lots to offer. This sunny Atlantic archipelago is one of the top holiday destinations in Africa. Each island has something different on the menu, so visiting only one is simply not enough to experience all of what this part of Macaronesia has up its sleeve. So, how to travel between islands in Cape Verde?

Whether you want to hop from the beaches and resorts in Sal to a hiking paradise on Santo Antão or want to get from bustling São Vicente to the pristine sands of Maio, you’ll learn about how to travel between islands in Cape Verde right here.

The good news is that you can reach all inhabited islands by commercial transport, but it will often require precise planning. Still, the combination of flights and ferries is usually enough to help you really make the most of your trip to this beautiful part of Macaronesia. So, let’s take a closer look at how to travel between islands in Cape Verde…

The geography of the islands in Cape Verde

Before you start planning your unforgettable Cape Verde island-hopping trip, it’s important to know a little bit about the geography of this beautiful Atlantic archipelago. Why? Because that will give you a good idea of what to expect from each isle and which one is best for starting your journey.

Cape Verde is an African country in the Atlantic Ocean off the northwestern coast of the continental mainland. The archipelago, which belongs to a larger, volcanic island group known as Macaronesia, lies some 350 miles away from the shores of Senegal, Mauritania, and the Gambia. However, if you’re coming from Europe, it takes anywhere between four to six hours to fly directly, which should give you an idea of how remote these islands are!

The cluster of the islands forms a horseshoe shape that covers an area of over 1,500 square miles. Nine of them are inhabited, and one, Santa Luzia, is uninhabited. They’re generally divided into two groups based on their geographical location and the direction of the wind. Those are:

Santiago is the largest and the most populous island in Cape Verde, and it’s home to the country’s capital, Praia. However, Sal and Boa Vista are the most popular with tourists, which is why these two are the easiest to reach if you’re flying in from abroad.

How to travel between islands in Cape Verde – an overview

After learning a little bit about the geography of this beautiful Atlantic archipelago, you should have a slightly better idea of how to get to Cape Verde. However, if you’re planning to hop between the islands, things might not be as easy as you think. There are only two ways to get from one island to another, but both modes of transport are often unreliable. To be more specific, you can either fly or get a boat.

Unfortunately, there are no bridges or underwater tunnels connecting the isles, so you can forget about driving across the whole country without trouble. That said, it’s still well worth renting some wheels if you want to reach secluded beaches and remote hiking trails that might not be accessible otherwise. The good news is that using a ferry will allow you to get from one island to another with your car onboard, but it’s worth checking if your rental provider doesn’t limit you solely to driving on one island.

Flying is usually the quickest option to get from A to B, but you won’t be able to get to all islands by plane. Ferries, on the other hand, might not be as quick, but give a bit more flexibility in terms of baggage. Plus, they will often let you take a vehicle along for the ride. That said, combining these two modes of transport might work best, which is why it’s worth knowing a little more about each way to travel between islands in Cape Verde.

How to travel between islands in Cape Verde by plane

The fastest and the most reliable way to travel between islands in Cape Verde is by plane. Unfortunately, not all of the nine inhabited isles have airports, so you won’t be able to get to each place as easily. That said, if you only want to visit the most popular places, you’re in luck. Seven islands do have airports, although they’re all small.

The only airline that offers domestic flights across Cape Verde is the national TICV, which operates under the label of BestFly Cabo Verde. It’s actually owned by an Angolan carrier that acquired planes from Binter, a popular carrier in the Canary Islands.

They run frequent flights from Praia International Airport in Santiago to the rest of the islands. Those are São Vicente, Sal, Boa Vista, São Filipe, May, and São Nicolau. You can also fly directly from Sal to São Vicente, Boa Vista, and São Nicolau. Other direct flights from island to island are super-rare, so getting from A to B here by plane can often involve a stopover.

BestFly flights might be difficult to find online via popular sites such as Skyscanner or Momondo, but they are available to buy via the company’s own website. The rates vary depending on the route and distance. Prices start at around $30 and go up to around $85 for the lengthiest flights. The good news is that all tickets include 23kg of baggage allowance. You can also opt for a more expensive flexible rate that allows you to bring 30kg of luggage.

Unlike ferries, flights tend to run on time and don’t suffer from frequent cancellations that you might face if you opt for crossing the sea by boat. That said, you won’t have the luxury of this choice if you decide to visit Santo Antão or Brava – the only two inhabited islands that don’t have airports. You should also bear in mind that some flights are only available during summer.

How to travel between islands in Cape Verde by ferry

The second way to travel between islands in Cape Verde is by ferry. It’s a good alternative for those not too keen on flying. It’s also perfect if you’re dead set on seeing Santo Antão, a great hiking spot, or tranquil and unspoiled Brava. Ferries are also much cheaper than planes, which makes them an attractive option for travelers looking to save a few bucks.

Unfortunately, due to rough seas and bad weather conditions, ferries often get delayed or canceled. It’s not unheard of that ferries only resume proper service a couple of days after the original departure schedule. That means these aren’t the most reliable choice if you’re on a tight time limit. Our advice? Always be prepared to amend your travel plans if you opt for ferries.

Generally speaking, you’ll be able to get a ferry between any neighboring islands, but there are also a few longer routes from Santiago and São Nicolau. The average price of a ticket is about $20, but that can go up and down depending on the distance. The good news is that you can book your tickets online in advance on the Cabo Verde Interilhas website. Travel times can take anywhere from 40 minutes to 15 hours, so you should always check the schedule beforehand.

Although all inhabited islands are accessible by ferry, you won’t be able to get to Santa Luzia on a commercial vessel. The only way to that secluded spot is to charter a fishing boat from Calhau port on the eastern side of São Vicente.

How to travel between islands in Cape Verde – the conclusion

The majority of travelers usually choose the former because flying is much faster and more reliable. That said, unlike planes, ferries go to and from all major islands, so sometimes you have no choice but to use them. Ferries are also usually cheaper, which makes them an attractive option for budget travelers. You should bear in mind, though, that it’s not unheard of that ferries get delayed or canceled due to poor weather. You might even have to wait a couple of days before you can get the next boat, so it’s not a great option for those on a tight schedule. Whether you choose to fly or get a ferry, you will be able to plan your trip and book tickets online in advance.