Home South America Brazil The 7 Most Dangerous Cities in Brazil

When you think of Brazil, do you think “the most dangerous cities in the world”? The first things to pop into your mind might be pristine beaches, historical monuments, and thrilling parties. But this list will prove to you how important it is to choose your next Brazilian destination very, very carefully.

Some of these cities are practically unheard of to tourists. Others might be considered dream destinations. Whatever the case, they all have some of the highest murder and crime rates globally. Let’s have a look at the most dangerous cities in Brazil that you should avoid on your travels.

Feira de Santana — the most dangerous city in Brazil

First place goes to Feira de Santana — but on a list of the most dangerous cities in Brazil, that’s not an accomplishment to be proud of. Feira de Santana is located in the state of Bahia, about 100 kilometers northwest of the state capital of Salvador. It’s the second biggest city in the state, with a population of 619,609.

Though the city has an airport and historic buildings, it is not a particularly popular tourist destination. It was mostly known for its cattle fairs. In fact, the city was originally spelled Feira de Sant’ Anna, meaning “St. Ann’s fair”. Today, Feira de Santana serves as a major commercial center in Bahia. Unfortunately, this creates high drug trafficking activity in the region, making it a very dangerous city in Brazil.

Data from Numbeo shows that Feira de Santana has a very high level of crime, and it has only been increasing. The following crimes are often mentioned by residents:

Fortaleza takes second place on our list of Brazil’s most dangerous cities. Fortaleza is the capital of the Ceará state in Northeastern Brazil. Its population of 3,999,930 makes it the 5th largest city in Brazil. It’s also the 12th richest city in the country.

Fortaleza is a dream destination thanks to its pristine white beaches. It has many popular tourist attractions, including:

It’s also widely known for its handicrafts, especially embroidered white lace textiles. It’s no surprise that Brazil’s Ministry of Tourism found Fortaleza to be the second most desired destination in Brazil.

But don’t buy your tickets just yet! Fortaleza is one of the top dangerous places to live in Brazil, with a homicide rate of 62.28 per 100,000 citizens. Crimes such as assault, rape, car theft, mugging, and especially robberies are very common. If you do decide to visit, make sure you avoid these areas at all costs:

Coming third on our list of dangerous cities in Brazil is Mossoró. This is the second biggest city in the Rio Grande do Norte state, with 300,618 citizens. It is just four hours away from both Natal and Fortaleza, two other Brazilian cities that made the list of the top 50 most dangerous cities in the world.

Mossoró is not particularly interesting from the tourism point of view. It is most notable for its key role in Brazil’s salt production, as well as in petroleum production. It’s just as well, as the city has the third-highest homicide rate in Brazil, with 62.21 murders per 100,000 citizens. There is a high level of crime like pickpocketing and assault. If you must visit, make sure to be careful about your personal belongings and ask locals about safe places to walk.

Vitória da Conquista ranks as the fourth most dangerous city in Brazil. It’s located in the Bahia state, with a population of 341,128. It’s the third-largest city in Bahia, after Salvador (coming up next) and Feira de Santana (the first city on our list).

Like Mossoró, it is not very known for any tourist destinations. Add a murder rate of 52.47 per 100,000 citizens, and you really have no good reason to visit this municipality. Like the other cities on this list, visitors are at high risk of pickpocketing, mugging, assault, or scams. You should avoid all unnecessary travel to Vitória da Conquista. Certainly don’t travel here alone or without getting safety advice from a resident.

Salvador is the fifth most dangerous city in Brazil. It’s both the capital and richest city of the Bahia state. 3.9 million people live in the metropolitan area, making it the fourth-largest city in the country and the largest one in its state.

As one of the oldest colonial cities in the Americas, Salvador has a rich history and plenty of tourist attractions. One of the most notable ones is the urban elevator “Elevador Lacerda,” connecting the Lower Town to the Upper Town. In Upper Town, the Pelourinho district was named a World Heritage Site by UNESCO. When you see the Portuguese colonial architecture and breathtaking monuments, you’ll understand why! The Porto da Barra Beach is a dream come true for sun lovers, and Salvador’s Carnival festival has been called the biggest and most fun party in the world.

Salvador clearly has a lot to offer tourists. But with a murder rate of 46.80 per 100,000 citizens, you might want to leave it off your itinerary anyways. Visitors should be extremely cautious and avoid going out at night. Pickpocketing, muggings, assault, and robberies are very common. Many locals advise not visiting at all.

The sixth most dangerous city in Brazil is Rio Branco. It is both the capital and the most populated city in the state of Acre. Its population of 413,418 is more than half the population of the entire Acre state. It’s one of the oldest cities in the region.

You might expect the city to be full of interesting history, but it’s more important from the economic and political point of view. As a tourist destination it’s relatively unknown, overshadowed by more popular destinations in the country. Traveling is certainly not recommended anyways, with a homicide rate of 41.85 per 100,000 citizens.

Rio de Janeiro — one of the most dangerous cities in Brazil

Many governments, including Canada, the USA, and the UK, discourage traveling to Rio. Residents don’t feel safe even during daylight hours. They report practically every crime as being very common:

The downtown area and beaches are especially risky. And don’t even think about visiting the favela areas.

The state of Rio de Janeiro is also the city with the highest number of violent deaths with an unknown cause. Its rate per 100,000 citizens is 28.3, more than double that of any other state in Brazil.

It’s probably the most often mentioned tourist destination in Brazil. Still, you should think twice about booking a trip to Rio de Janeiro.

What is the most dangerous place in Brazil?

Interestingly, Rio de Janeiro didn’t appear on the list of most dangerous places in the world. However, the Brazilian Forum on Public Safety shows it is still a very dangerous place in Brazil. In the yearly Atlas of Violence report, the state of Rio de Janeiro has consistently topped the chart of violent deaths due to an unknown cause. Its rate in 2019 was 28.3 per 100,000 citizens, more than double that of any other state in Brazil.

Statistics aside, it is also a well-known fact that the favela neighborhoods around Rio de Janeiro make the area quite dangerous to visit. Both travelers and locals warn against the dangers of visiting the city.

What is the safest part of Brazil?

The state of São Paulo is the safest part of Brazil, according to the country’s homicide rates. It has consistently scored among the lowest homicide rates in Brazil from 2009 to 2019. Its homicide rate has even decreased by 53.8% over this period. In 2019, the rate was 7.3 per 100,000 inhabitants, by far the lowest in the country. Jaú in the state of São Paulo even made the news as the safest city in Brazil. However, beware of dangerous animals such as the yellow scorpion, which have moved into the cities!

What is the most violent city in Brazil? 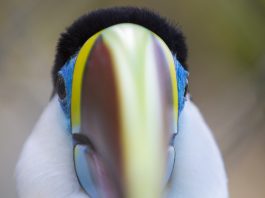 Is Manaus Safe? 2022 Safety Guide to the Amazonian City 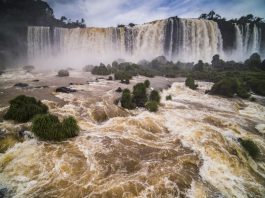 Brazil or Argentina: Which South American Country To Visit?

Dangerous Spiders in Brazil: 7 Species to Look Out For