When you’re looking for a location for Spring Break, Florida is probably one of many locations that spring to mind. The best party cities in Florida offer the perfect blend of sun, sea, sand, and party vibes. Whether you’re looking for boozy beach parties, happening club hotspots, or somewhere quiet to check out on everyday life, you’ll find it all here in the Sunshine State.

Florida has always been a popular tourist destination in the US and it caters to all types of travelers from Spring Breakers to watersports enthusiasts. With an impressive coastline and a wealth of attractions, you can spend your days exploring and your nights partying until the sun comes up.

We’ve put together a guide to the best party cities in Florida so you can make the most of your Spring Break. But these locations are just for Spring Breakers, they’re also perfect spots for bachelor and bachelorette parties, boozy vacations with friends, and general party vibes.

The birthplace of NASCAR racing, Daytona is a motorcar enthusiast and spring breakers paradise. The people in this sun-soaked city really know how to party, with spring break festivals like Daynota 500 to the street celebrations during Bike Week in mid-march. After a day of topping up your tan, head to Main Street Pier or Seabreeze Boulevard for some high-octane clubs.

If you’re looking for somewhere to get the party started first, the Seabreeze Taphouse will have you sampling tasty craft beers, before swigging back colorful cocktails at the 509 Lounge. Once you’ve got the blood and drinks flowing head down to Daytona’s largest club, Razzle’s to dance the night away. For those that aren’t quite ready to stop yet, catch the Daytona Party Bus for a lift back to your accommodation.

Known for its gorgeous white-sand beaches, warm climate, delicious cuisine, and wild party scene, Miami is one of the best party cities in Florida for spring break. From South Beach to Wynwood, you’ll find college students from around the world gathering for sun, sea, sand, and fun. But students are all you’ll see here, it’s also known to attract many A-list celebrities too.

If you’re looking for a quirky night out head to Basement for a neon-lit disco complete with an ice staking rink and a bowling alley. The best place to start the night however is at The Mondrian’s Sunset Lounge where you’ll catch unrivaled views of Miami’s infamous sunset before heading off to Club Liv to bust a move and dance the night away.

Those looking for bustling beaches alongside noteworthy party scenes for your spring break, look no further than Fort Lauderdale. The party scene here is a lot more chilled out than the raucous vibes of Daytona. Spring breakers coming here will find the best of both worlds with lazy days topping up to tan on the beach to sipping cool alcoholic beverages at Fort Lauderdale’s many beach bars.

For those looking for a little more chilled-out vibes, you can certainly find a wealth of activities to fill your days such as exploring the museums of downtown Las Olas Boulevard and the grounds of Bonnet House. Arguably though, the best clubs in Fort Lauderdale include The Elbo Room, Rhythm and Vine, Blue Martini Lounge, and Off the Hookah. So be sure to plan them into your itinerary for a night of belly dancing, tapas, and live music.

This small Caribbean island at the end of the Florida Keys is known for its day drinking in laid-back establishments, tourist-friendly location, and easy access to a wealth of water sports. These three elements make Key West one of the best beach towns in Florida and it’s essential you give them all a try while you’re visiting. Whether you’re here for spring break or a bachelorette party, you’ll find all the splendor of the Caribbean without even leaving the US.

There are plenty of bars at Key West, however, they aren’t the upmarket ones you’ll find in Orlando or Miami, in fact, they are mostly dive bars, but don’t let that put you off. While in Key West, you’ll have to spend at least one night enjoying refreshing beverages on a sunset cruise, which are incomparable to those you can see from the land. You’ll also find plenty of bars and clubs offering sunset parties so be sure to join in.

One of the best party cities in Florida is Orlando. Why? Probably because it’s home to 12 world-famous theme parks including Walt Disney and Universal Orlando. It’s considered one of the warmest places in Florida with year-round average temperatures of around 73 degrees Fahrenheit. So if your spring break is all about cramming in as much as possible then Orlando is definitely the destination for you.

You’ll be able to experience the unforgettable Mardi Gras celebration at Universal Orlando, where you can expect to find live music, delightful street food, and eclectic exhibits everywhere you go. Although Orlando isn’t one of the cheapest destinations in Florida, it most certainly provides an experience you’ll never forget. Universal Studios is more geared towards the older kids and will offer you spine-tingling thrills during the day and up-beat music and dancing by night.

If you’re looking for a big nightclub that features world-class DJs and epic party vibes then be sure to head to EVE. For a more low-key affair though, head to Hanson’s Shoe Repair, a password-only speakeasy-style bar where you’ll find some of the best cocktails in the city.

If you’re looking for a spring break destination on a budget, then Panama City is the place to go. You’ll meet other hardcore spring breakers here while you sip cocktails at the many beach bars and clubs. Frequently called Floribama as it sits on the coastline of Florida and Alabama. This party city in Florida offers party vibes all day long. Spend your days on the beach topping up your tan and nursing the hangover before repeating it all over again as the sun goes down.

Head to Spinnaker’s which played host to the MTV show Spring Break before surrounding yourself with country music at Tootsies. But no spring break party is complete without a punch bowl at the world-famous Tiki Bar. Panama City is also home to one of the nation’s very best waterparks: Shipwreck Island waterpark, so be sure to spend a day here cooling off and having fun before hitting the wealth of clubs for a night of drinking.

While most of us want a raucous spring break, some prefer things a little quieter. That’s where Sanibel Island comes into its own. This secluded beach offers beautiful pure white sands and coastal charm. Spend your days relaxing on the beach, snorkeling around Edison Reef, or drinking cocktails while topping up your tan. Sanibel is considered one of the safest cities in America so you’ll be able to chill out and have fun while taking some simple precautions.

There are plenty of outdoor activities to fill your days with such as fishing, swimming, and sunset cruises. For those that love theatre, why not check out one of the productions at The Herb Strauss Theatre.  When visiting Sanibel Island you’ll want to make sure you spend at least one night at The Mucky Duck watching the sunset and sipping drinks and feasting on delicious cuisine.

What City in Florida Has The Best Nightlife?

No matter what type of nightlife you are looking for, Florida has it all. According to World Travel Guide, the best cities for nightlife include Miami, Tampa, and Orlando. Miamis nightlife starts early and ends late. It’s known for its warehouse-sized mega-club which keeps the party going until noon. Orlando’s nighttime entertainment complex pulls in the adults with its high-energy vibes while your kids are tucked up, happily sleeping.

What Is The Best Party Beach In Florida?

Florida has plenty of beaches which means you’re bound to find party beaches where you can watch the sunset with a couple of beverages and keep going until the sun comes up. Some firm favorites include Miami Beach, Daytona Beach, and of course the infamous Fort Lauderdale. All locations offer you good vibes and good times. Fort Lauderdale in particular is known the world over as one of Florida’s most famous party beaches. 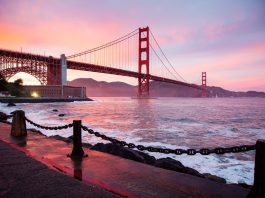