Home North America Belize Is Belize Safe to Visit? Your Safety Guide in 2022 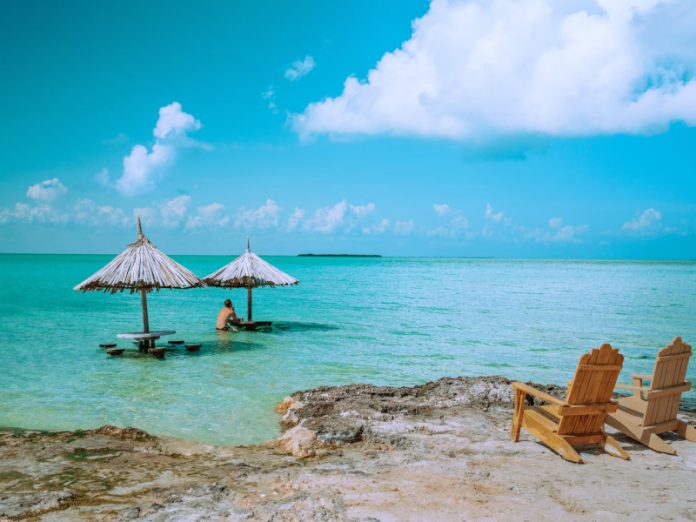 Is Belize safe to visit? You may be asking this question if you’re planning a trip to this beautiful Central American country. This small nation has plenty to offer, from the picturesque Caribbean coast to lush green jungles, and from mountain peaks to coral reefs. You can be sure that you won’t have much trouble filling your itinerary.

But what about the safety aspect? This guide will take a look at the dangers you might encounter while traveling Belize, whether you’re sticking to the islands, trekking in the mountains, or visiting the urban areas. We’ll go through the crimes that the country struggles with and common scams you might fall victim to. You’ll learn about things that you can do to stay safe in this Central American vacation mecca.

It’s essential to know about the potential issues that you might face there as it will help to make sure that your holiday ends only with happy memories. Belize is a wonderful destination, and there is no reason you shouldn’t go. It’s just important to take some precautions to avoid trouble. So, let’s delve a little deeper…

Generally speaking, Belize is fairly safe to visit, but not all trips to this beautiful Caribbean country end without trouble.

Thousands of people head this way each year to enjoy what this Central American nation has to offer, and most visits end hassle-free. From white-sand beaches to lush green jungles, from laid-back islands to coral reefs, there is no shortage of attractions in Belize. That said, this country has major crime problems, that include murder and other violent offenses, so you should always be cautious while exploring.

Luckily, most of the crime in Belize is limited to certain areas, and tourists are rarely targeted. Belize City is one of the most dangerous cities in the country, but even there, you can stay safe by sticking to the tourist hotspots. Make sure to always check travel advice for areas you’re planning to visit. The risk of falling victim to pickpocketing and minor theft is present wherever you are in the country, so always keep your eyes on your valuables, too.

Although Belize is a small country, it is among the nations with the highest murder rates in the world. In fact, according to Statista, it has the fifth-highest rate of homicides in Latin America and the Caribbean, with 29 per 100,000 people in 2018. That might not exactly sound like the safest place to go on holiday but bear in mind that most of these violent crimes are related to drug and human trafficking, all led by the gangs. That means that they rarely affect tourists, since the majority of victims are Belizean citizens caught up in the cartels or violence.

Belize also struggles with a high number of other violent crimes, including armed robberies, sexual assaults, and home invasions that are common even during daylight. This is the main reason why the US Department of State has placed Belize at level 2 travel advisory, which means that you should exercise increased caution, especially in the southern parts of Belize City, which has some of the worst crime rates in the country. The police there are known to have limited resources, are commonly undertrained, and corruption is rife, which is why these offenses are not reflected in arrests. The US actually advises against traveling to Belize City entirely, placing it at level 3.

If possible, you should also avoid traveling near to the Guatemala border because of the ongoing territorial dispute between the two countries.

Theft and other crimes in Belize

Theft is the most common crime seen throughout Belize. Violent offenses such as burglaries and robberies occur much more than the most serious felonies, but they also mostly affect Belizean nationals rather than foreigners.

Unfortunately, when it comes to pickpocketing, it’s a different story. Tourists often fall victim to such petty crimes. As it is in many other places in the world, you need to be extremely careful when carrying valuables or large amounts of money. You should also avoid showing off things that could potentially make you a target of thieves.

When it comes to travel around Belize City, you should steer clear of walking alone at night. You are at a much higher risk of theft and mugging after the sun goes down, so if you need to get somewhere, we recommend opting for a taxi.

Is Belize safe to travel around?

Belize is a relatively small country, so you will rarely have to travel long and tedious distances to get from one place to another. Belize has some of the best quality highways in the region, and the country is making a constant effort to improve roads, so you shouldn’t be too worried about driving. It’s also home to one of the most scenic routes in the world: Hummingbird Highway, with vistas of the stunning wilderness of inland Belize.

So, is Belize safe to visit by car? Yes. Driving here doesn’t often result in disaster, but you should avoid taking your wheels out at night. Many roads have limited visibility after dark, and roadway robberies, although rare, usually happen after sundown. That said, navigating around the country is relatively easy, especially since Belize is the only place in Latin America where English is the official language.

If you’re not up for driving, public transport is a good and inexpensive option to get around the country. Both buses and water taxis are pretty safe, although they often get overcrowded. When it comes to traveling shorter distances, licensed taxis are a good idea. You will recognize them by green plates and should steer clear of any taxis without them. You should also bear in mind that you will always have to agree on the price beforehand, as there are no meters.

Is Belize safe to visit by solo female travelers?

Lone travelers that want to explore Belize don’t often find themselves in trouble. That unfortunately only stays true for male travelers, which means that solo females will have to take extra precautions. That is not to say that Belize isn’t safe for women. In fact, it’s not common that anything bad happens. It only means that women can more often become victims of assaults, especially in certain situations.

Women that have traveled around Belize alone have complained about being verbally harassed on the streets while walking around. These are rarely harmful incidents, but certainly not comfortable. That said, you can easily avoid such things by traveling in groups and being wary of your surroundings. If you do visit Belize alone, it’s worth meeting up with fellow travelers and exploring this wonderful country together. Also, try to avoid Belize City – the high crime rate there is worrying.

Is Belize safe to visit all year round? Not necessarily. The best time to visit Belize is during the dry season, which lasts from January to May. That’s when you can enjoy the sunshine, whether you’re island hopping around the Cayes or lazing on Placencia Beach.

June till December is reserved for the wet season. Apart from heavy rains, there is a high risk of hurricanes, especially between August and October. It’s not the safest time to travel to Belize because it’s not uncommon for storms, damaging winds, and floods to happen. There is no shortage of low-lying terrain that is vulnerable to flooding when the sea levels rise, either.

Extreme weather patterns only happen every couple of years in Belize, but you should consider that when planning your holiday. It’s best to avoid the wet season if you want to make sure your trip goes as planned.

Belize is fairly safe for tourists, and accidents that involve foreign visitors don’t happen often. That said, you should bear in mind that this is a country with a major crime problem, so there are certain precautions you should take to make sure you’re safe. Here are a few safety tips for your trip to Belize:

Is Belize safe to visit – the conclusion.

Is Belize safe to visit? We would say yes, but you need to take certain precautions. This nation isn’t without problems, and crime is present in many parts of the country. That said, thousands of people visit Belize every year, and most trips end without issues. Tourists are rarely affected by the most serious offenses since most crimes occur because of the gangs. That said, foreigners are often targets of pickpocketing, even in the most popular areas, so you should never flash your cash in public. Just stay vigilant and follow common sense and safety tips and your holiday should leave only happy memories!