Prague or Amsterdam? Now, THAT is the question. Both of these capital cities have quite the reputation when it comes to nights out, great food (and beer), and next-level architecture. They both ooze culture and history too. But, depending on what you’re looking for, one of these amazing places may just sneak ahead to snag the winning title of the best city!

As always, we want you to have the greatest time ever, so we’ve put together this handy little guide comparing some of each city’s biggest draws, top sights, and vacation must-haves (amazing food, great hotels, etc.). All YOU need to do is sit back, do some reading, and decide for yourself where you’d rather go.

Without further ado, we present to you our ultimate comparison of these two cities, all so you can answer the nail-biting question of… Prague or Amsterdam??

Prague Vs Amsterdam – The nightlife

When it comes down to Prague or Amsterdam for nightlife, you might have a hard time choosing. Both of these cities have a stellar reputation when it comes to nights out. Prague is known for its really affordable bars and has become the king of destinations when it comes to bachelor parties. Amsterdam on the other hand has a more eclectic after-hours scene. You could find yourself sipping on cocktails on a rooftop bar, dancing the night away in a mega club, or even checking out the city’s iconic Red Light District.

Neither city has a strict nightlife area, and you’ll find bars, clubs, and pubs dotted all over. In Prague, it’s better to avoid the tourist areas and head outside the city center, but if you know where to go, there are some real gems in central areas like the Old Town too! If you’re into cocktails then the Hemingway Bar is a must-visit. It has got to be one of the best cocktail bars in the city. Its menu has over 200 types of rum as well as a sinfully large absinthe selection. If you want to drink your beer straight from the tank, then Lokal is the place to go for just about the freshest beer in the city. They have five locations in Prague, so you’ll never find yourself too far away from one!

Wherever you go in Amsterdam you’ll find great nightlife. However, depending on where you are in the city, you might have a slightly different experience! The city center is the place to go if you want to head to a club or busy bar and party the night away. If you head to the north, you’ll experience a more hipster vibe and an amazing art scene, along with local pubs, nightclubs, and bars. The east has an eclectic blend of old and new buildings, plus there’s Oosterpark for when you want some fresh air in between bar hopping, and in the west, you’ll find the most diverse nightlife. There’s everything from fine dining restaurants, stylish pubs, and cute cafes, as well as some of the best nightclubs in the city.

Winner: Draw – this one has GOT to be a tie. We are torn between the two and think that they both deserve the win!

Prague Vs Amsterdam – The vibe

We just LOVE a good vibe as much as the next person. Is it chilled out? Is it a buzzing party scene? These are all important things to know for any vacation. There’s no denying that both Prague and Amsterdam have amazing vibes that extend well beyond their hopping party scene.

Both cities have a distinct hipster vibe which is rooted in Amsterdam’s cafe culture and Prague’s cozy underground bars. Prague is extremely walkable, whereas Amsterdam is arguably the most bike-friendly city in the world (sustainability for the win!). However, many say Prague is an energizing city with a flurry of activity going on at all times, and that Amsterdam has an underlying “chill-ness” that makes you feel as if you’re in a small village rather than a major capital.

Prague has more of a wow factor in its medieval buildings, but for storybook views, then a walk along Amsterdam’s canals and quaint houses will have you more than satisfied. Both cities have more than their fair share of tourists, but Prague tends to be busier, and Amsterdam has more of a youthful crowd.

Winner: Amsterdam – As Europe’s most liberal city, the laid-back atmosphere and cultural scene is a winner every time.

Prague Vs Amsterdam – The museums

When it comes to their cultural sights, deciding between Prague or Amsterdam is going to be a tough one. Both cities are absolutely killing it in the museum game so you’ll be spoiled for choice!

Prague has over 100 museums and exhibitions to choose from, offering pretty much every genre of art and most periods (if not all) within history. If you’re into something super niche like Apple computers for even toilets, don’t worry, Prague has got you covered. However, if you’re looking to visit the city’s most popular and well-known museums, then the National Museum, the Veletrzni Palac, and the Prague City Museum are the best places to go.

Amsterdam is a gold mine of museums. The city boasts some of the most famous museums in the world as well as some for those with a more acquired taste (anyone fancy a visit to the Venustempel Sex Museum??). If you only have time to visit a couple of museums whilst you’re in Amsterdam, then you have to check out the Van Gogh Museum and the Anne Frank Huis. While Prague has museums left, right, and center, we think that the quality of the museums in Amsterdam really raises the bar.

Winner: Amsterdam – who are we to pass up on seeing Van Gogh’s Sunflowers painting in the flesh, or experiencing history in the house where Anne Frank hid with her family.

Prague Vs Amsterdam – Things to do

Okay, so we’ve covered the nightlife and the museums, so what else is there to do?! The good news is, whether you’re in Prague OR Amsterdam, your trip can be packed to the brim with fun activities (if you want it to be!).

In both cities, simply exploring the streets and spending a chill afternoon cafe-hopping should be on top of your to-do list. Europe has undoubtedly some of the world’s best architecture, so even walking around, you’ll have plenty to look at! In Prague, the Old Town Square is the perfect place to go, you can watch street performances, busking musicians, and see what the merchants have to offer, all while taking in your awesome surroundings. In Amsterdam, the best place for shopping and cute cafes is in De Negen Straatjes (The Nine Streets), but for postcard-worthy buildings, check out Brouwersgracht, a historic canal street.

Prague definitely has more to offer than Amsterdam if we’re talking strictly architecture. Any history buff should visit the breathtaking Prague Castle (which is also the official residence of the President of the Czech Republic), and visit the St Vitus Cathedral nearby. In Amsterdam, there are lots of great opportunities for fresh air, like taking a canal tour around the city (dinner and cocktail boat tours are also available, yes PLEASE) or hanging out in Vondelpark. Amsterdam also has one of Europe’s oldest zoos, which houses the only microbe museum in the world. Weird, but definitely cool.

Winner: Prague – We love, love, LOVE, old buildings, and Prague definitely has some for the books!

Prague Vs Amsterdam – The price

So far, everything we’ve been comparing is pretty subjective, when it comes to price though, there’s usually a clear-cut winner. This is 10/10 the case here and there’s no getting around the fact that on average, travelers spend way less money in Prague. Looking at the info from Budgetyourtrip.com, travelers spent 2042 CZK (91 USD) each a day on average, on meals, transportation, and their hotel room (assuming double occupancy). In Amsterdam on the other hand, they spent 133 EUR (147 USD) a day.

Amsterdam is pretty much more expensive than Prague in every aspect. If we look at meals, hotels, local transport, drinks, and entertainment, you’ll be spending more in Amsterdam. The average traveler spends over double on drinks in Prague compared to Amsterdam (9.35 USD vs 20.88 USD), but hey, we wouldn’t expect anything less from Prague, a city known for its beer being cheaper than water!

Prague Vs Amsterdam – The food

Let’s talk FOOD. Since Prague and Amsterdam are both their city’s capitals, they are perhaps the best places to sample the local cuisine! You’ll find hearty, warming dishes in both places, but we think Amsterdam may have the upper hand in the sweet department. You’ll find Stroopwafel (two thin waffles stuck together with a sweet syrup), apple pie – Dutch style (a deep-dish apple pie with raisins and cinnamon), and Poffertjes (sweet, puffy, batter sprinkled with powdered sugar). In Prague, you should try their fruit dumplings and Kolache (small dough treats with a sweet filling) to satisfy your sweet tooth.

In Amsterdam, you’ll also find a lot of on-the-go foods that are great for chowing down on as you explore the city on foot. There’s Kibbeling (deep-fried fish), Dutch fries, Oliebollen (deep fried-sweet dumplings), and Bitterballen (you’ll usually find them as a pub snack, but these deep-fried crispy meatballs are great for when you’re on the go!).

Traditional Czech Republic dishes are better suited for a sit-down dinner. We are simply drooling over their beef steak tartare (great with beer) and their creamy potato soup, Kulajda. If you want to warm up on a winter’s day, the Czech versions of Goulash and Schnitzel are a delicious MUST.

Winner: Amsterdam – Both countries’ cuisines have us salivating, but the convenience of Amsterdam’s food makes it nab the top spot!

Prague Vs Amsterdam – The accommodation

When it comes to accommodation, which is better? Prague or Amsterdam? Well, both cities have a great mix of older and new properties right in the city center. You could find yourself staying in a modern, contemporary apartment right off Old Town Square in Prague, or staying in an 18th-century canal house in Amsterdam’s center!

If we look at Booking.com, Prague has more options than Amsterdam (1,670 vs 1,056). Prague has just over double the number of five-star hotels, but the majority of accommodation in Prague is apartments, whereas in Amsterdam hotels are the most numerous, followed by bed and breakfasts. On Hostelworld, both Prague and Amsterdam have a good selection of hostels, but Amsterdam has more choices.

Winner: Draw – It’s a tie. Both cities have great modern and historical options, with plenty of choices in the city center!

Prague Vs Amsterdam: The final verdict

Wow, this was really a tough one and… it’s going to have to be a draw folks. We simply can’t decide between Prague or Amsterdam. It’s too difficult, what with both cities having great nightlife, places to stay, and things to do, we’d recommend both any day of the week.
However, if you’re on a tight budget, then Prague should definitely be your top choice, but, if you’re a museum junkie, then Amsterdam really hits that sweet spot. Whichever you pick, we’re sure you won’t regret it! 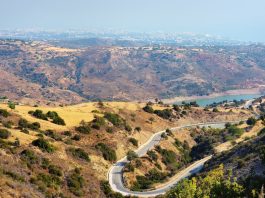 Paphos or Larnaca: Which Cypriot City Should You Visit 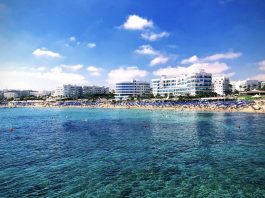 Larnaca or Protaras: Choosing Between Cyprus’s Most Popular Towns 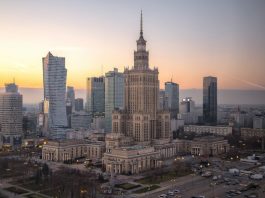 Warsaw or Wroclaw: A Battle of Polish Cities