Home Europe Warsaw or Wroclaw: A Battle of Polish Cities 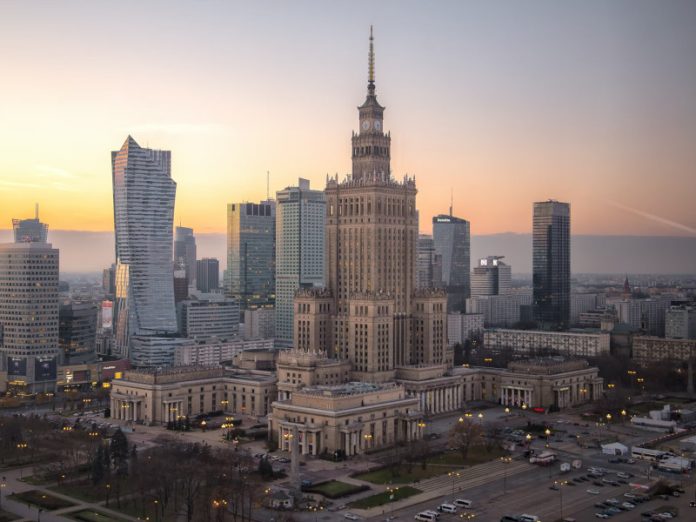 Warsaw or Wroclaw is a decision between two of the most enthralling Polish cities. Warsaw is bigger and more modern, but Wroclaw’s beauty is hard to beat. There are similarities, too: They both have plenty of great attractions, restaurants, vibrant nightlife, and top hotels to stay in.

On one hand, there is Warsaw, a big urban jungle with skyscrapers dominating the horizon. The Polish capital is dotted with modern restaurants and hipster cafes, sights, and museums. Next, there is Wroclaw, a city built on five rivers with over 100 bridges and 12 islands. It’s a good rival to Krakow in a contest of the most beautiful cities in Poland.

This guide to Warsaw or Wroclaw will talk about different things related to these two destinations, all to help you decide where to visit next. There’s information on basics like getting there and the vibes, along with a guide to nightlife, food, and plenty more.

Warsaw or Wroclaw for the general vibe?

Warsaw is the capital of Poland and the country’s largest city. It’s the commercial center and the hub of Polish business. That means that you’ll see lots of high-rise buildings, modern architecture, huge shopping centers, and lots of traffic. It’s the only Polish city with a metro system. The city hosts many big events, such as concerts, festivals, and other cultural and sporting occasions. Plus, there are oodles of great restaurants, cafes, and bars all over. From hipster cafes that serve top-notch coffees with vegan milk alternatives to stylish cocktail joints with views of the skyline, Warsaw has it all.

Wroclaw is very different from the capital. It’s much smaller, without so many skyscrapers and modern buildings on the horizon. People tend to be more liberal than in the rest of the country here and are considered generally friendlier than the folks of Warsaw. There is no rush like you’d find in the bigger cities, so it’s a perfect place for those who appreciate slower living. Although drinking in public is technically illegal in Poland, it’s not uncommon to see locals (especially students) enjoying beers on the riverbanks of Wroclaw on a hot summer evening.

Warsaw or Wroclaw for the ease of travel?

Warsaw is located in central Poland, with nearly equal distance from the Baltic Sea up north and the Carpathian Mountains down south. It’s home to the largest airport in Poland, Warsaw Chopin Airport, which sits in the south of the city. It’s got flights that come from all over Europe and a couple of long-haul connections to the USA and Asia. There is also a second, smaller, Warsaw Modlin airport, a little further away from the center. That handles low-cost connections coming in from across Europe.

If you’re not keen on flying, you can get to Warsaw by train. There are direct connections from many European cities, including Berlin, Prague, Budapest, and Vienna. A bus is another option, with plenty of Flixbus and Eurolines routes reaching all over Poland and beyond.

Wroclaw has only one airport: Wrocław Nicolaus Copernicus Airport, a few miles west of the city. It’s easy to get there from the center by a cheap, local bus. The airport has flights from lots of major European destinations but no long-haul connections. That means that visitors from overseas will often have to stop in Warsaw first.

Just like Warsaw, Wroclaw is well-connected by railway and buses. There are many direct connections to other Polish cities and a few central European destinations to boot.

Warsaw or Wroclaw for sights and attractions?

Most of Warsaw was demolished during WWII. The way the Old Town looks today is a replica of how it looked before the bombs were dropped – it amounts to one of the most amazing urban rebuilding works in the world! It’s lovely to take a stroll around the cobblestone alleys of what Warsawians call Starowka to take a glimpse into the past. The beautifully reconstructed Royal Castle is at the entrance of Castle Square. It was once a residence of Polish monarchs.

Outside the Old Town, you can visit Royal Łazienki Palace (Royal Baths). It’s a grand estate that was once a summertime residence of the royals. Today, it’s a museum complex surrounded by the largest park in the city. With leafy gardens and reflective waters of the lakes, it’s one of the prettiest places in town. It’s also home to an iconic Chopin statue. If you want to see the residues of Poland’s Soviet history, visit the art-deco Palace of Culture and Science. It’s one of the tallest buildings in the country.

Wroclaw could easily rival some of the most beautiful cities in Europe. The Old Town’s Market Square is lined with colorful townhouses, dotted with bustling bars and restaurants that stay busy all year round. At the center of this huge medieval square, there is the magnificent Town Hall building, which today houses the Museum of Burgher Art. There is also a smaller square known as Salt Square, which bursts with the colors of its native flower stalls throughout the day.

Wroclaw isn’t only about the Old Town, though. Cathedral Island (Ostrow Tumski) is the oldest part of the city, connected to the rest by the Tumski Bridge. You can take a walk around cobbled streets that lead to an impressive Gothic cathedral there. A short stroll away, Panorama of the Battle of Racławice is an iconic round museum. It’s home to a huge, 360-degree painting of the battle in Raclawice.

Winner: Draw. Both have plenty to offer.

Warsaw or Wroclaw for nightlife?

Warsaw has some of the best nightlife in Central Europe. Whether it’s glitzy cocktail bars with panoramic views of the skyscrapers or hip underground techno clubs you’re after, you’ll find it in the Polish capital. There are places all over the city, so you’ll often need to get a taxi to hop from one to another. There are also some areas known for buzzing venues. You can head to Nowy Swiat Pavillions, dotted with small pubs and bars, or go to the hip Plac Zbawiciela if you’re after alternative techno clubs. There is also Mazowiecka street, lined with fancy cocktail venues and stylish nightclubs. Summertime visitors, meanwhile, are sure to enjoy the open-air drinking spots on the riverbanks.

Wroclaw has no shortage of bars and clubs. The city has a huge student population, so there are plenty of bars suited to the younger generation, especially around Pasaz Niepolda. It’s a small passage close to the Main Square dotted with venues that stay open until early-morning hours. There are also lots of traveler-orientated spots around the Old Town. If you’re visiting in the summer, you can head to one of the many Wroclaw beer gardens and beach bars on the banks of Odra.

Warsaw or Wroclaw for hotels?

Being the capital, Warsaw has no shortage of great hotels. You won’t have much trouble finding a place that suits your budget because there is everything from five-star boutique pads to affordable hostels in the center. If you’re looking for a place at the top end of the scale, look no further than H15 Boutique Hotel ($$$). It might be pricy, but it’s well worth it to stay in the chic rooms of the former Soviet embassy! When it comes to budget stays near the center, nothing beats Chillout Hostel ($), which has stylish rooms in a great location. For families, we recommend No.4 Residence ($$), which has glitzy apartments in the center.

You won’t have much trouble finding great accommodation in Wroclaw, either. It’s much more compact than Warsaw, so there are lots of stays just a short walk from the main sights and attractions. If you want to be right in the heart of the city, PURO Wrocław Stare Miasto ($$$) is a great choice. They offer beautifully decorated rooms, some with huge windows looking out at the quiet streets of the Old Town. Hotel Jazz Wrocław ($$) is a good mid-range option close to the historical center.

Winner: Draw, both have lots of great hotels.

Warsaw or Wroclaw for food?

Whether you want to try Polish pierogi or fancy something exotic like Japanese, Thai, or Mexican, you won’t have much trouble finding it in Warsaw. There are oodles of fantastic restaurants serving a range of cuisines all over the capital.

There are currently no Michelin-starred restaurants in Warsaw, but there are plenty mentioned in the Michelin guide. One of them is Elixir by Dom Wódki, where you can taste beautifully presented, modern Polish cooking alongside some quality vodkas. You can also try Alewino for classic Polish delicacies and wine. If you want something international, you can visit Nonna Pizzeria for pizza, THAISTY for Thai, UKI UKI for authentic Japanese, or La Sirena The Mexican Food Cartel for Mexican. You’re spoilt for choice.

Wroclaw might not have as many restaurants as the capital, but there’s no shortage high-quality eateries. From comfort Polish food to various international delicacies, there’s a mix of restaurants that have all sorts of food. Stylish Nafta Neo Bistro is one of the best high-end spots in the city but it’s quite pricy. If you want to taste some traditional Polish dishes, you can try quirky Konspira on Salt Square. There are also lots of budget-friendly diners, especially in Bezogródek Tropical Spot, a food truck park with great cheap-eat options.

Warsaw or Wroclaw for prices?

The good news is that both Wroclaw and Warsaw are good choices when it comes to budget. In fact, Poland is one of the cheapest destinations in Europe, so you won’t need to spend anywhere near as much as you would in the likes of Paris or London.

That said, Wroclaw is considerably less pricy than the capital, so head there if you want to save even more dollars. Daily budgets of around $25-$30 should be enough if you travel in a duo. That includes accommodation, food, and local transport. Staying in single rooms might cost you a little extra, though.

Warsaw, although cheap in comparison with most European capitals, is considerably pricier than Wroclaw. The average daily budget is nearly three times higher, at around $70 a day. In fact, Warsaw is the most expensive city in Poland, so everything will cost you a little premium. The biggest chunk of that will go on accommodation, but you can still find cheap stays for less than $30 a night. Boutique hotels in the center, though, can cost a lot more than the average budget, so choose your hotel wisely.

Warsaw or Wroclaw – the conclusion.

If you’re planning a weekend getaway in Poland, you might be trying to decide which is better, Warsaw or Wroclaw. The good news is that both have lots to offer, from great attractions to vibrant nightlife and quality hotels. Warsaw is bigger and more modern, with a huge choice of restaurants, cafes, and bars. Wroclaw, on the other hand, is more compact and cheaper than the capital, but with some rich historical sights. It also has a slightly more easy-going vibe.