So, you want sun-kissed shingle beaches and waters that glow turquoise blue? You want the chance to see swimming sea turtles and to smell the oleander and pine in the air? You want dinners of fried cheese and uber-fresh fish, subtle olive oils and mountain stews, all set to the lapping waves of the Aegean? There are two places that we think fit the bill perfectly: Cyprus or Greece.

Yep, both of these countries offer some seriously incredible landscapes – especially that coastline – at the far southern end of the continent. They both boast some of Europe’s very best beaches, have seaside resorts for everyone from families to honeymooners, and enthralling historical and rustic sides that reveal Orthodox shrines beneath craggy mountains. But which is better for you?

That’s what we’re here to find out. This guide will run through several key categories to show which destination is better for nightlife, where has the finest food, the better weather, and even the better sands. It’s sure to be a close-run thing, but here goes…

Cyprus or Greece for ease of travel?

Cyprus is one, single, lone island out in the eastern Mediterranean. Yes, it’s chopped in two by an international border but that’s beside the point, because the main access spots remain the same. They are the two airports of Paphos and Larnaca. The latter is the largest. It serves over eight million passengers each year and has flights – both flag-carrying and low-cost – going to destinations right across Europe and even out to Middle Eastern hubs. Paphos, for its part, is mainly about budget carriers, but is a better arrival point for getting to the popular beaches of the west coast – Coral Bay among them.

Getting to Greece is a whole different story. Greece is MUCH larger than Cyprus and it’s made up of thousands of islands, over 200 of which are inhabited, 15 of which have their own airports. On top of that, you have the main international hub in Athens, plus countless ferry ports with boat links to Italy, Croatia, and even Turkey. The point here is that you’re going to have to do more planning when it comes to travel to Greece. First, choose where you want to go and then go about finding flights or boats to your destination.

Winner: Cyprus. There’s less planning to do to get here.

Cyprus or Greece for beaches

Now here’s a tricky one. But, at the risk of angering fans of Cypriot coastline everywhere, we’re going to say it: Greece has the better beaches. It’s both a question of quantity – Greece has 8,400 miles of coast to Cyprus’s 435! – and, at least in our humble opinion, quality. Some of the bays in the land of feta and moussaka are among the finest on the globe. Take Shipwreck Beach in Zante, the pink-tinted Elafonisi isle in Crete, and castle-topped Lindos in Rhodes. All are jaw droppers. But there are also undiscovered coves and charming sand stretches ad infinitum in these parts. All you need is a sense of adventure to get to them.

Cyprus’s most popular coastline runs along the south side of the island and then up the western shore. It’s certainly got some stunners. Coral Bay is usually cited as the star, offering a Blue Flag rating and proximity to rare turtle nesting grounds. Out east, the Cape Greco headland hides more wonders in the form of lovely Makronissos Beach and the twinkling turquoise waters of Nissi Beach, though they do suffer from overcrowding in the summer months.

Winner: Greece gets this one.

Cyprus or Greece for history

Experts think Cyprus has been inhabited for something like 12,000 years! However, the most iconic relics date from around the 4th century BC and run right the way up through the Middle Ages. Chief among them has to be the Tombs of the Kings in Paphos – ancient burial grounds for high officials – and the ruined city of Kourion near Limassol – a symphony of Roman ruins. Carrying through the medieval ages, you’ll want to check out the Venetian castle in Famagusta and the old center of Nicosia, which is a maze of carevansai and markets from over 800 years back.

Greece, though, is one of the most historic lands on the planet. Just take Athens, where ancient treasures loom up from the traffic clogged lanes. That’s the home of the iconic Parthenon, the Acropolis, and some of the richest archaeology museums known to mankind. Backing that up are the moving religious sanctuaries at Delphi, at Epidaurus, at Delos near Mykonos. You also get Venetian harbors in Chania, Crete, great templar castles in Rhodes, and mystical Orthodox monasteries in Meteora and Mount Athos.

Winner: It has to be Greece.

Cyprus or Greece for food

Prep the taste buds, folks – both these destinations are doozies for foodies. Let’s start with Greece, where the iconic mezze platters start with creamy tzatziki dips and filled vine leaves and end with meaty souvlaki kebabs. This is also the country of moussaka, a rich souffle-style pie with eggplant, and gyros, a street-food pita packed with veg and ground meat. Restaurants in Greece are legendary. They’re known locally as tavernas and are real joys to eat at. Choose one somewhere by the lapping Aegean Sea and settle in for long – like, uber-long – lunches that go all afternoon.

Cyprus also has its own style of tavernas, and there are lots of similarities in the food here thanks to the influence of the Mediterranean kitchen. You still get olive-oil topped Greek salads made with tomatoes and onions. You still get souvlakia meat kebabs cooked over coals, and stifado rabbit stew. But there’s one ingredient that Cyprus can claim as its own: Haloumi. Yep, that chewy cheese is made right here on the island and tastes fantastic when fresh.

Winner: It has to be a draw. Both these places are wonderful for foodies.

Cyprus or Greece for nightlife

Nightlife chasers don’t have to worry when it comes down to Cyprus or Greece. Both these countries have somewhere for those all-night summer parties, but it does help to know where, exactly. In Cyprus, the main hedonism hub is the resort Ayia Napa out east. It’s established itself as a EDM and DJ mecca a la Ibiza. Massive mega clubs draw in big names (and relatively big entry fees) from May to August and then the crowds move to the beaches to cure the hangover by day. Paphos also has some nightlife in its Kato area thanks to a dedicated strip.

Greece has nightlife destinations scattered all over its Aegean and Ionian archipelagos, not to mention some major places on the mainland. Special mention should be made of the cities of Athens and Thessaloniki. Go to those to find locally driven, student-fueled nightlife. More classically tourist nightlife is on offer on the islands. Mykonos is known for its A-lister clubs and LGBTQ+ venues. Malia is for the 18-30s crowd. There’s Faliraki for wild summertime blowouts in Rhodes. There’s Kavos in Corfu, which is wild from spring onwards.

Winner: Greece. There are more dedicated nightlife towns to choose from.

Cyprus or Greece for climate

There’s sun by the bucket load in both these countries. Both are classified as having Mediterranean climates, which means dry, hot summers and cool, mild winters. It’s not for nothing that they are both considered among the top beach escapes in Europe. The varying geographies have a huge impact on the weather, though. There can be snow on the peaks of Crete and the Peloponnese in Greece, and on the tops of the Troodos ranges in Cyprus, even while the beaches below bake in 70-degree warmth.

Overall, Cyprus lays claim to perhaps the higher overall temperatures. There are places along the south coast here – Ayia Napa, Limassol – that routinely clock up mercury readings of over 100 F (37.7 C) in June, July, and August. What’s more, the island is generally better protected from the strong meltemi winds that come from the north in the summer. Greece is still hot, mind you, especially the southeastern islands of Rhodes and Kos. But, as it’s not quite as far south, the season doesn’t last quite as long as in nearby Cyprus.

Cyprus or Greece for price

Don’t make the cost of a holiday the deciding factor here. Why? There’s not really all that much in it when it comes to the price of a trip to either Cyprus or Greece. Travel cost collator Hiker’s Bay estimates that a week-long sojourn on the Greek islands will require spending money of around $711, while the same jaunt to Cyprus will cost about $545 in total. That’s a difference of $166 overall, but we think it’s more than offset by the fact that flights to Greece tend to be a touch cheaper than flights to Cyprus (mainly because there are more options).

The good news is that you can mitigate what you spend considerably by choosing to travel in the shoulder seasons. That goes for both destinations. Hop to either Cyprus or Greece in the spring (April and May) or the fall (September to early-November) and you can spend up to 50% less on hotels and flights but still get great weather that’s worthy of beach days.

Winner: Cyprus, but only just, especially when you factor in the price of flights.

Cyprus or Greece – our conclusion

There’s no bad option here. Seriously, both Cyprus and Greece are magnificent countries, and both should be on European bucket lists. That said, we’d plump for Greece if you have to pick one. It’s got arguably the most enthralling history sites in the world and over 8,000 miles of coastline that’s littered with spectacular beaches that are bathed in almost consistent sun throughout the summer. Cyprus is the better choice if you want really hot weather or late season trips, and is generally the simpler place to plan a vacation to since it’s not so big.

Is Finland Expensive: 2022 Money Guide to the Nordic Nation 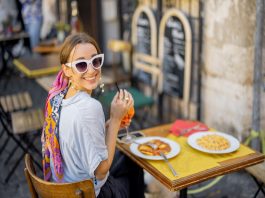