Home Europe Croatia One Week In Split: A 7-Day Itinerary For The Historic City

So, you’re planning one week in Split. How about a tailor-made itinerary that will ensure you don’t miss a thing in this enthralling town on the side of the glimmering Adriatic Sea? Yep? Well, it just so happens that’s precisely what we have for you here…

This seven-day jaunt through the second-largest city in Croatia not only takes in the eye-watering ancient and medieval wonders of the old town, but also the idyllic coves and beaches that string along the nearby coast.

On top of that, we’ve included day trips to many of the region’s most famous attractions. That means this one week in Split is littered with swims in roaring waterfalls and hops to picture-perfect Croatian islets where lavender blooms and marina towns coexist.

There’s nowhere better to begin in Split than in the historic core of the city. Cue the UNESCO World Heritage Site that is Diocletian’s Palace. Once one of the largest cities in the later days of the Roman empire, it forms the base for what’s now one of Croatia’s most striking attractions. Don’t worry – it’s free to enter. Just drop the bags at the hotel after you arrive and head right in…

We’d recommend entering from the north and working your way south to the Riva promenade. That way, you can survey the great Golden Gate (the Porta Aurea) from the 4th century and move straight down to the main plaza that’s watched over by the mighty Cathedral of Saint Domnius – a Christian shrine that’s built on the site of Emperor Diocletian’s mausoleum itself. Notice the stunning Romanesque belfry overhead!

Right next door is the Peristyle. It’s one of the most famous parts of the palace area, still standing just as it did all those millennia ago. Look out for the Egyptian sphinx here, which is thought to be among the oldest relics in the whole city, predating even the Roman stuff. You’ll also want to step to the west a little to find Jupiter’s Temple, which dates from the 3rd century AD.

You can easily spend a whole day moving between the ancient landmarks of Diocletian’s Palace area, people watching from the cafés that now occupy the arcades, and shopping for souvenirs. We would recommend opting for a guided tour, though, which cost about $15-30 per person for a couple of hours. There’s also a fantastic museum that shows the underground cellar rooms.

Day 2: The medieval side of Split town

At the risk of overloading our one week in Split with history at the very beginning, we return to the old town core on Day 2. This time, though, it’s less about the Roman past and more about the medieval grandeur of it all. This is important because Diocletian’s Palace really only forms the base to a district that’s been built over and added to ever since the emperors departed. There’s lots more to see.

This time, begin your wanderings on the western side of the downtown. Pass by the bustling Gradska ribarnica (Split’s salt-scented fish market) to get a glimpse of local life in the morning and onto the hubbub of Pjaca (the People’s Square). Welcome to the nerve center of modern Split. This is the plaza where everyone gathers and meets, where people clink beers in the evening hour. It’s a top spot for a coffee if you need a caffeine hit, too – check out Vivas Bar on the north side.

Back to the sightseeing…the 15th-century Old Town Hall is the monument that commands the main square, with its Gothic loggia from 1443. The next façade over belongs to the lovely Karepic Palace, a Renaissance-era gem with protruding stone balconies. To the south, you can hit Fruit Square, which is named for the market that happened there for hundreds of years. It’s also the home of the Venetian Tower and the many-windowed Palača Milesi.

Finish the tour by strutting up the Riva. That’s the modern promenade of split, with regimented rows of date palms bursting from the pavements on both sides. Come the golden hour, it has spectacular sunset views that you can make the most of thanks to the medley of café-bars (Dujam and Brasserie on 7 are two of our favorites).

Finally, it’s time to get your taste of vitamin sea. Before you can dive into the salty Adriatic and while away an afternoon on the pebbles, though, you should head west from the old town of Split into Park Šuma Marjan. Occupying a high hill, it’s one of the defining features of the city and offers a welcome respite from the people-packed streets below.

The paths here creep up and up onto a wooded ridge that overlooks the town. For the morning, take the path on the south side. It’s called Marangunićevo šetalište and it offers up sweeping 180-degree views of the water for the whole way. It takes around 45 minutes to an hour to complete end to end and you’ll need good shoes, but it’s possible to break it up with a breakfast picnic stop at the Vrh Telegrin lookout point roughly midway along.

The eventual aim on your peregrinations on Day 3 should be Kasjuni Beach. We’d say that this is the finest of all the urban beaches in Split. With the Marjan ridge carrying on overhead and pockets of fragrant pine forest spilling right down to the shore, it’s made up of light pebbles that slope softly into the water. It’s clear and well-protected, so good for snorkelers and families alike. The crowds also thin out nicely this far from town, so you should be able to find a spot to call your own, even in the summer months.

One week in Split is enough to allow for plenty of adventures in the surrounding region – a surrounding region, that is, that’s positively stunning and bursting with awesome things to do. That’s what we get to on our fourth day, with an initial jaunt up the coast to the north. It’s possible to do this as a guided tour for about $50 a head, but it’s also easy if you have your own rental car.

Either way, the first location on the itinerary should be Šibenik. Hailed as one of the most handsome medieval towns in the whole of Croatia (and there’s hefty competition for that!), this is a great place for breakfast and a coffee. Have yours under the handsome apses and windows of the Cathedral of St. James, which is considered the Renaissance masterwork of the whole country.

From here, it’s a quick drive inland to the entrance to the Krka National Park. Prepare to be stunned. This reserve straddles the final meanders of the Krka River as it edges towards the Adriatic in a symphony of cascading cataracts.

Footpaths weave through the whole area and there are options for all different levels of hiker. You should be sure to witness the crashing falls at Skradinski Buk and, if you can make it, the lush green ponds of Roški Slap, the final waterfall. Swimming is no longer permitted at the most famous spots but there are other designated places where you can enter the water, so be sure to bring along the gear.

One week in Split without seeing the famous islands of Dalmatia? Impossible. Cue this day outing to Brac. Peak-season ferries link the main port of Split to the town of Supetar on the north coast of the island something like 14 times every day. The trip is a mere 50 minutes from start to finish and tickets cost under $6 per person. There’s no excuse not to go.

Once you arrive, you’ll need some way to get around. Thankfully, Supertar town, the area around the port in particular, is laden with car, bike, and quad rentals. They’re your ticket to real explorations on an island that measures upwards of 35 miles from end to end.

Our advice? Make straight for the south coast. It’s a ride of about 45 minutes through dusty mountain ranges. The reward is what many consider to be the finest beach in the whole of Croatia, perhaps even Europe. Cue the Zlatni rat, the Golden Horn Beach. Just as the name implies, it’s a spit of sparkling yellow sand that juts out into the strait offering swimming on both sides. AKA: Truly wonderful. (If you don’t fancy driving that far, then Plaža Likva on the north coast is also pretty lovely.)

Another day during our one week in Split, another island. That’s what life is like in the town that’s considered the gateway to the seas of Dalmatia. Day 6 is high time for one of the best of them, too: Hvar. Legendary among yachters and backpackers alike, this lavender-dashed isle is the official sunniest spot in the nation. So, bring the sunscreen and swimming shorts.

Ferries leave from Split town all day long. There is something in the region of 20 crossings per day, taking just over an hour from end to end. The upshot? A day trip in and back is totally doable. Most connections drop you off at the port just outside of Stari Grad. We think that’s a great place to begin…

Stari Grad itself is a moody little town. It’s got narrow alleys for streets and a sleepy marina area speckled with palm trees, bobbing fishing skiffs, and old-school churches. Be sure to take a walk out to the beach on the north side, where you can splash around under the Aleppo pines. Later, make it over to Hvar Town, a trip that can be done by bus or bicycle if you’re feeling energetic.

What awaits is a place of thrumming cocktail joints and hedonism. Come the summer months, this is unquestionably one of the top places to party in Croatia. Beach bars like Hula-Hula lead the way with the sunset but there’s umpteen options to explore around the glitzy harbor.

Provided Hvar Town hasn’t left you with too much of a brutal hangover, we think the Dinaric Alps – the mountains that rise overhead to the eastern and northern sides of Split – could just provide the perfect finale to a week in the city. There are a couple of options, depending on how fit you’re feeling after six nights of truffle-topped pasta and rakija… 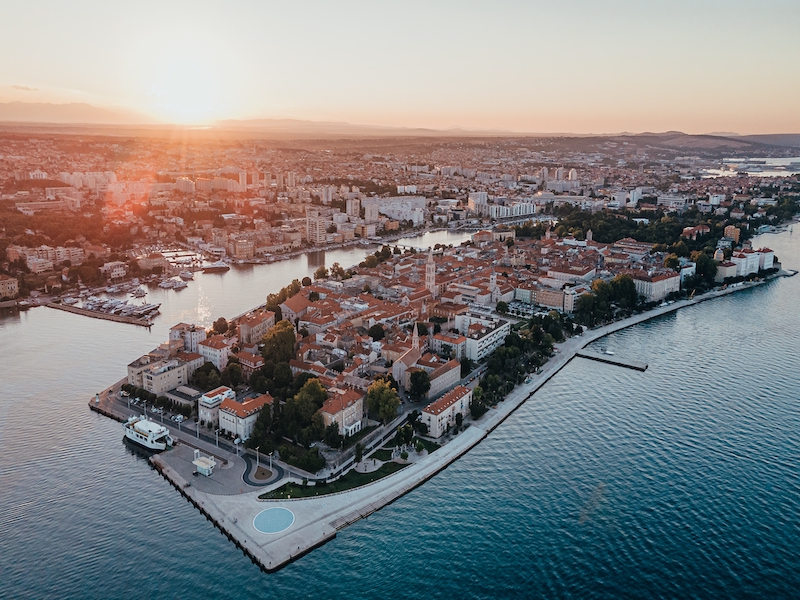 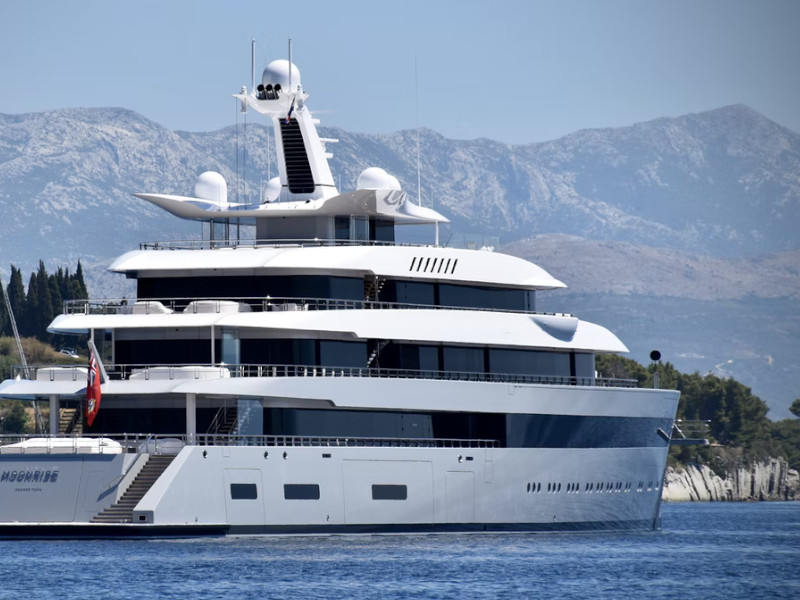 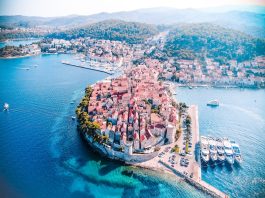