There’s some pretty darn hedonistic nightlife in Croatia. So, don’t worry if you’re heading here to taste the good-vibes living of the Med. We don’t think you’ll leave disappointed. However, it’s a good idea to do your homework before jetting over to the land of Aleppo pines and rakija, because not everywhere in this nation likes to party.

Mhmm…there are just as many sleepy escapes by the wave-lapped coves of the Adriatic Sea as there are wild getaways in these parts. We wouldn’t want you to rock up donned in neon paint and ready to shindig the night away only to find that it’s mainly retiree sunbathers and their yachts.

Cue this guide. It runs through just five of the hottest destinations for nightlife in Croatia. There’s a good mix, though, with everything from chic island towns where the champagne flows to beer-sloshing cityscapes where booming student populations ensure that term times are positively off the proverbial hook. Crack a beer…let’s begin…

Of all the places to hit the nightlife in Croatia, we think that the island of Hvar leads the way. Not the whole island, mind you. Rather, it’s Hvar Town, the jaunty, yacht-jostling marina at the far western end of the place, that cranks up the energy levels. To be honest, the rest of it is pretty darn sleepy, consisting of historic ports like Stari Grad, ancient farmlands, lavender fields, and prestigious wineries.

Truth is that 90% of visitors won’t even step past the marina and the beach areas that spread around Hvar Town. It’s the hedonism hub and they’ve come to party. Why leave? The vibe is a strange one, mixing and mingling rich yacht owners with backpackers on a shoestring budget. Both are well-catered to, as there are more chic cocktail venues and caviar-champagne bars than you can shake a bottle of rakija at, but also raucous 18-30s pub crawls with affordable drinks deals and power hours.

True to its rep as a real Mediterranean island party escape, Hvar is all about hitting the beach bars in the day. You can start early in those; as early as you like. The mythic name of Hula Hula Hvar is surely the most popular of the bunch. It sits above a glistening swimming cove to the north of the town, offering cold beers and cocktails and all-season DJ shows that run to late.

For most, though, the action will switch to the marina area of Hvar Town by the time the sun has disappeared. The area is swinging with life throughout the main summer season months from June to August. Bars like Carpe Diem are quintessential, offering chillout lounges and chillhop tunes with crisp Croatian wines. But there are wilder venues to boot, in the form of Nautica Bar and Kiva – don’t expect to get home before sunrise if you get tempted by those!

Split might be able to put on a cultural face by daylight. The town hosts arguably the single most enthralling historic site in the country: The UNESCO complex of Diocletian’s Palace, which dates back 2,000 years with its medley of temples come churches, tombs come Christian shrines. But what’s there to do when you’ve checked off all the history? Lots, actually…

Start on the legendary Riva. That’s the name for the promenade of Split, which runs the whole length of the south side of town. There are countless cocktail joints there where you can settle in for a sundowner and watch the light fade over the harbor walls, the island of Brac turning in to a red-yellow haze in the distance. Our favorite haunts include the mixology-led Olive Tree and the uber-sleek Antique Bar midway along.

What’s also wonderful about Split is that the historic areas and the lived-in parts of town are one in the same. Where else on the globe can you guzzle vodka shots in a two-millennia-old cellar that was once inhabited by a Roman emperor? Yea, didn’t think so. For that, head into the UNESCO district and check out places like Charlie’s Bar and NOOR Fine Spirits & Cocktails, which are both tucked into the fabric of the ancient city.

But it doesn’t end there, either. Plaža Bačvice – Bacvice Beach – is the place that really puts Split up there with the top destinations for nightlife in Croatia. A pebbly beach with clear blue waters, it’s laced with a run of pumping clubs and nightlife venues on its eastern end. That’s an all-in-one party guaranteed. Start with seafood dinners in the nearby taverns, then move onto dancing and drinking in the open-air terraces.

No list of the top places to party in Croatia could possibly skip out on the thrumming, throbbing capital. A whopping 800,000 people work and play in the metropolis of Zagreb, making it by far the biggest city in the country. Part of that is a student population of over 70,000, which should offer just a hint as to what’s on the menu when the sun gets low and the darkness takes over.

The hotspot to start with wining and dining in the early evening comes courtesy of the historic Upper Town. That’s Ul. Ivana Tkalčića – Tkalčićeva Street. Formerly the infamous red-light district of the city, it’s now a long medley of bistros and drinkeries that attracts huge crowds on weekends. It’s eclectic stuff. Perhaps start with a Greek mezze or a Sri Lankan curry and then move onto thick Irish stouts or shots of pure Balkan rakija? Everything’s a go here.

The Lower Town is the more modern area and it’s what tends to take over in the later hours. Live music leads the way in places like SPUNK, a gritty student venue that’s an experimental spot for would-be local acts. Boogie is the moody jazz bar that’s on offer. Swanky Monkey Garden is for hangouts and chills. Much later, you could hop in a taxi out to one of Zagreb’s mega clubs. These are big-capacity venues that host 2,000-plus – think Aquarius and Boogaloo.

The slightly curious thing about Zagreb is that it tends to be livelier in the off-season for travelers. That’s mainly because the scene here is fueled by the local student crowds who often return home for the summer.

Pula isn’t like its Istrian compadres. While towns like Rovinj and Porec have become pitstops on tourist bus trips around the northern peninsula, this one’s remained steadfastly lived-in and authentic. That’s despite it’s amazing Roman-era temples and theatre, which could easily have rendered it nothing more than a mini-Rome this side of the Adriatic.

Thankfully, there’s life and there’s nightlife. Much of it is down to the students of the local Juraj Dobrila University, but there’s also a healthy influx of summer visitors keen on hitting the beaches. Talking of beaches…drinking begins in the low-key bars of the Verudela area to the south of the main town. It’s dotted with coves and cliff jumps that attract daring youngsters, but also has beer bars with fine Adriatic views.

Return to town for the evening session. The swirl of streets that rings the great Castello is the place to be. The south side of them is the Roman Forum, home to open-air terraces where you can glug cold ones while watching the street entertainers. The western side has pubs on the promenade, including the Anglo-styled Shipyard Pub and spots with views of the amphitheater.

Later on, there’s really nowhere that can beat ULJANIK. There is something like five individual clubs packed into one there, along with a large outdoor area filled with picnic tables. It’s a ready-made evening fueled by rock tunes and alt music, and with a pretty decent price tag to match.

Pag isn’t often top of the list when it comes to nightlife in Croatia. Most of the island is positively sleepy and serene, with vistas of honey-hued headlands that mirror eerily in the Adriatic Sea. Sometimes there’s a chilled fishing town, other times there’s an empty cove. It’s all very laid-back. Apart from one exception, that is…

Cue Zrće Beach. Also known as Zrce Festival Beach, it’s become something of a legend on the party scene of this nation thanks to its medley of mind-blowing EDM clubs. It now has such a rep that it’s even being hailed as the “Ibiza of Croatia!”.

It certainly has the credentials. A whopping three individual summer festivals look to this one as their home. Fresh Island Festival has been going since 2012, offering a medley of hip hop and urban tunes. There’s the electronica explosion of Hideout (named one of the best fests in Europe by The Guardian, no less!). And the mega rave that is Sonus, arguably the best known of the lot, comes here to boot.

They all have four clubs and countless smaller bars to occupy when they hit town. They include pool-centered Aquarius Club, known for its foam shindigs, and the ultra-iconic Noa Beach Club, which looks like something plucked out of Waterworld!

Nightlife in Croatia – a conclusion

Croatia might not have a headline act when it comes to nightlife. There’s no Mykonos or Ibiza, for example. However, peer a little deeper and you should find that isles like Hvar have been partying for decades under the ceaseless Adriatic sun. On top of that, you get to enjoy the urban vibes and underground music clubs of Hvar, along with newly founded no-holes-barred party resorts like Zrće Beach on Pag. 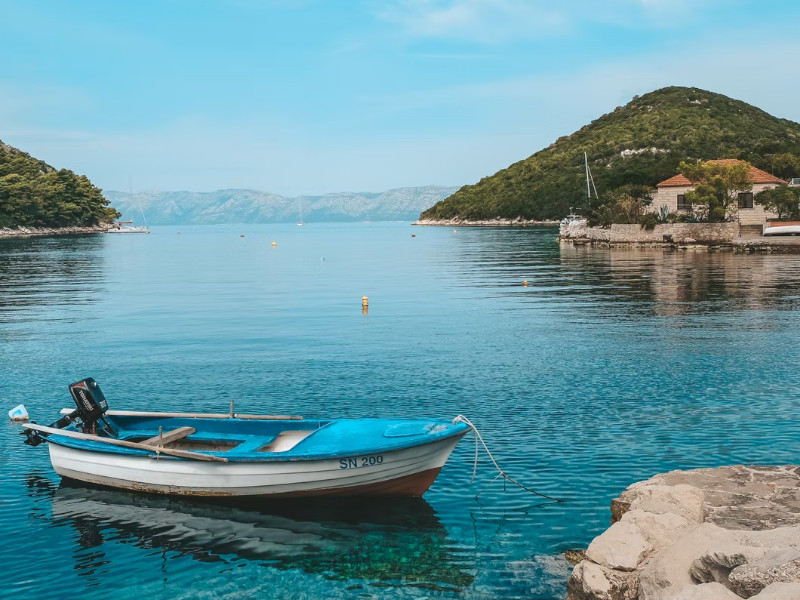 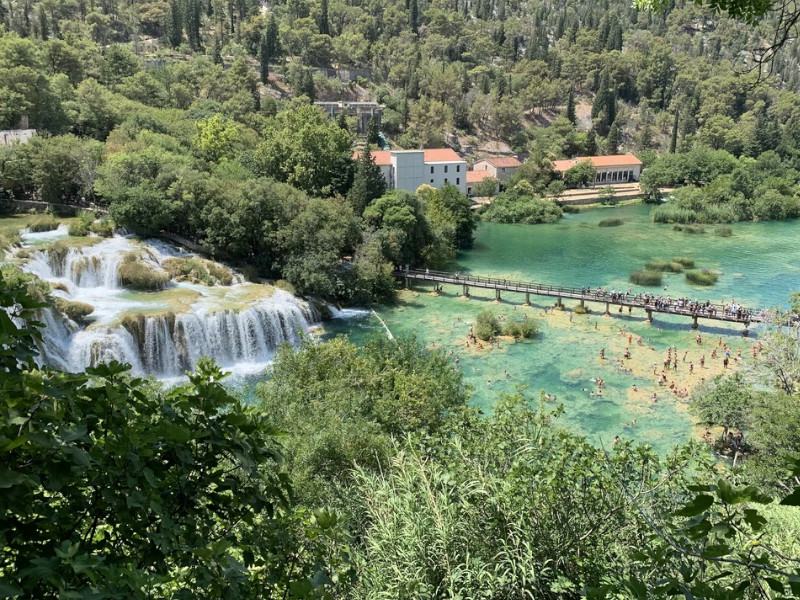 The 7 Best Places To Visit In Croatia In September 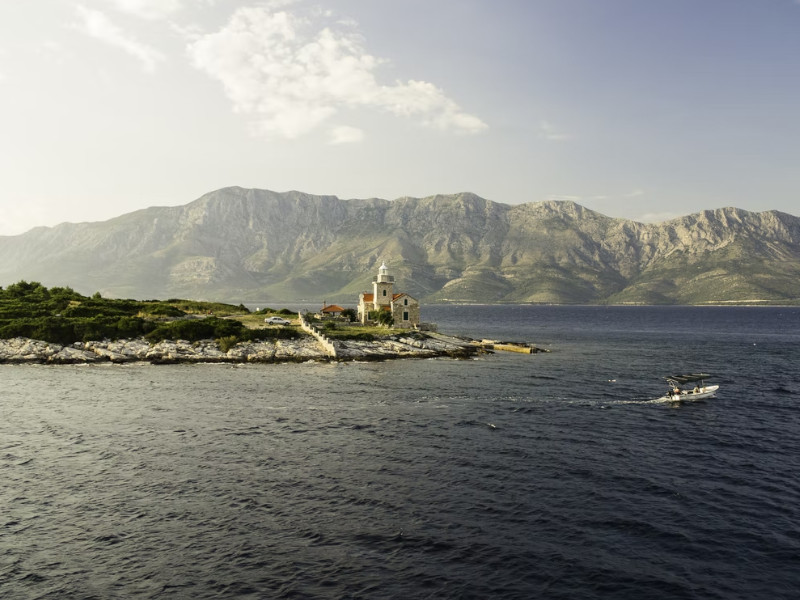 Croatia Or Cyprus? Where In The Med Is Best For Me?