Seoul or Busan? That’s a good question to ask when it comes to planning your adventure to Korea. Naturally, we’d say do both! But, if that’s not an option and time is tight, then check out this in-the-know guide…

Here, we’ll delve into both towns to help you decide which one suits you the best. We’ll take a look at the ins and outs of the nightlife and the food, the hotel options and the range of attractions that are on the menu in both, all so you can make the right pick.

It’s not going to be easy. Both places are pretty darn enthralling. On the one hand there’s the sprawling capital of Korea, with its sizzling street-food markets, sobering DMZ area, and the fascinating hotels of the old Joseon Dynasty. Then there’s Busan, which offers sparkling beaches and seafood, amazing temples and more off-beat sights and sounds.

Seoul or Busan for ease of travel?

Seoul is one of Asia’s most accessible capitals. That’s basically all down to its massive airport hub: The Incheon International Airport. Seeing a whopping 70 million passengers a year, it’s got links to Europe, to North America, and oodles across Asia, with big-name airlines connecting it to major cities in the east and west. Fast AREX trains can take you straight from the terminals to the center of the city in a whisker under an hour. Easy.

Busan has a growing airport down in the Gimhae International Airport. However, its capacity is limited and it has sort of hit its max at 17 million passengers per year. There are flights heading there on cross-Asia carriers from Thailand, China, Singapore, along with some long-haul connections to Finland and Russia, though not the overload that’s on the table when you fly into the capital. In fact, most people will get to Busan by flying to Seoul first and then transferring to the super-fast KTX trains that make the trip south in about two hours.

Seoul or Busan for sights and attractions?

Seoul is home to some of the most famous sights in the whole of Korea. Sightseers here can venture down to the Changdeokgung Palace in the Jongno District to see the onetime home of the Joseon Dynasty that was built way back in the 1300s. There’s also the soaring N Seoul Tower where you can get sweeping panoramas of the cityscape. Oh, and museums abound – don’t miss the National Museum of Korea and the War Memorial collections for a taste of local history.

Busan isn’t really that much about world-famous landmarks and big museums. It’s more about lived-in districts, beaches, and temples. See what we mean at the Busan Gamcheon Culture Village, a colorful mass of homes that looks more like a Brazilian barrio than a neighborhood of a Korean port. Then head over to Haeundae Beach, which definitely is the town’s answer to Copacabana. Visions of the craggy cliffs at Taejongdae Resort Park are also a must, and so is a jaunt to the Beomeosa, one of the most important shrines in Korean Buddhism.

Winner: Draw. Seoul for famous monuments and museums but Busan for natural landmarks.

Seoul or Busan for food?

We’re going to go out on a limb here and say that foodies will LOVE both of these towns. In Seoul, there’s street food to tickle taste buds and BBQ eateries that will keep you coming back for more. The must-try dishes of the capital include the likes of kimbap (a sort of Korean answer to sushi where fermented cabbage is wrapped in nori), pajeon (savory pancakes cooked with spring onions), and tteokbokki (a capsicum-loaded mass of rice cakes in sauce).

Busan, for its part, has developed a unique regional kitchen of its own. Yep, down here, where the East China Sea and the Sea of Japan are just on the doorstep, seafood takes a much more central role. Dishes that will pop up time and time again include eomuk (the local Busan fish cakes cooked on wood skewers), moolhwe (a very unusual fish soup that’s served cold, a bit like a Korean ceviche), and soju and shellfish (a combo of fresh seafood and the favorite local beverage).

Winner: Draw. Busan for seafood lovers but Seoul for fans of street food and meat.

Seoul or Busan for budget?

Seoul is the more expensive of these two places. That’s to be expected since it’s the capital. Average estimations say you’ll spend around $96 per day in these parts, which is based on bagging midrange hotels close the center, eating out for lunch and dinner, and doing just a few activities. Of course, you can cut that by going for hostels and eating only street food, which can bring daily outgoings down to the more palatable $60 per day mark.

Busan is always going to cost less, though. The port town on the south coast doesn’t have the same premium price tag for hotels, food, or even activities as its compadre in the north (in fact, one of the top things to do here is totally free – hit the beaches!). The upshot? You’re looking at spending around the $77 per day mark, which can drop to something more like $50 if you go frugal.

Seoul or Busan for hotels?

Seoul has some of the fanciest hotels in East Asia, let alone in Korea. As a big business hub, you can get loads in the way of luxury – think pools with views of the shimmering steel skyscrapers, and hotels with onsite spas and business centers. Seoul also wins out on the budget end of the spectrum because it’s the first go-to spot for backpackers making their way through Korea. Here’s a look at what’s on offer:

There are plenty of hotel options in Busan, too, even if the total number of accommodation options is about a third of what’s on offer in the capital. There’s a noticeable dip in the amount of high-class biz hotels, but plenty of pretty edgy and quirky boutiques for city breakers and couples, along with some lovely midrange options for those just passing through. Let’s take a look:

Seoul or Busan for day trips?

The main day outing from Seoul has to be a trip to the infamous DMZ to the north of the town. It lies on the North Korea-South Korea border, separating the two unfriendly nations just as it has done since the end of the Korean War in 1953. Today, you can head up to see the barbed wire division fences, the peace-talk rooms, and even tunnels built by North Korean infiltrators in the 70s. Apart from that, day trips from Seoul could be out to the peaceful confines of the Bukhansan Songchu Valley, for hikes between rock stacks, or up the Suraksan Mountain for views of the city itself.

Busan has a whole other medley of day-trip options in the south of the country. The standout here is Gyeongju. Hailed as a “museum without walls,” it’s the most historically rich place in the country, hosting the moving Buddhist shrines of Bulguksa and the Seokguram Grotto, although they’re actually perched on the mountains above town. Talking of mountains, Busan is prime for hikers, offering a steppingstone to Gajisan, Unmunsan, and a whole load of other peaks. And there are plenty of beaches, too, spreading north and south of the city proper.

Seoul or Busan for nightlife?

Last but most certainly not least we take a look at the nightlife scene in these two big South Korean cities. There can only really be one winner, though: Seoul. As the bumping, K-Pop center of the globe, it’s not only the best place to party in the country but among the top hedonism spots on the planet. You have to hit the student hub of Hongdae, a whole district of karaoke bars and off-beat indie music stages. Gangnam is also super famous, mainly for big, glitzy clubs that play Korean beats. So, too, is Cheongdamdong, but that’s better for chic cocktail bars like ALICE and Le Chamber.

Busan isn’t without after-dark action. In fact, it’s pretty darn lively here. Bar hopping is the way to start a night. The locals love to visit a so-called hof (the oddly German-themed beer bars that recalls Bavaria) or the gritty pojang macha (beware the local rice wine!). Expat parties tend to congregate around strangely, but aptly, named Foreigners Street, but you also get lots of clubs and pubs around Kyungsung University, in Haeundae, and in the vibrant arts area of Gwangalli.

Seoul or Busan? Our conclusion

Seoul and Busan are both worthy of a place on a Korea bucket list. The first is the buzzing capital of the country, home to fancy business hotels and throbbing nightlife areas. The second is dotted with amazing temples and has beaches fringing its coastline. Our hunch would be to say do both, since they are connected by a fast two-hour train. If that’s not possible, we’d say sightseeing addicts and nightlife buffs will do better in Seoul, while nature lovers are sure to prefer Busan. 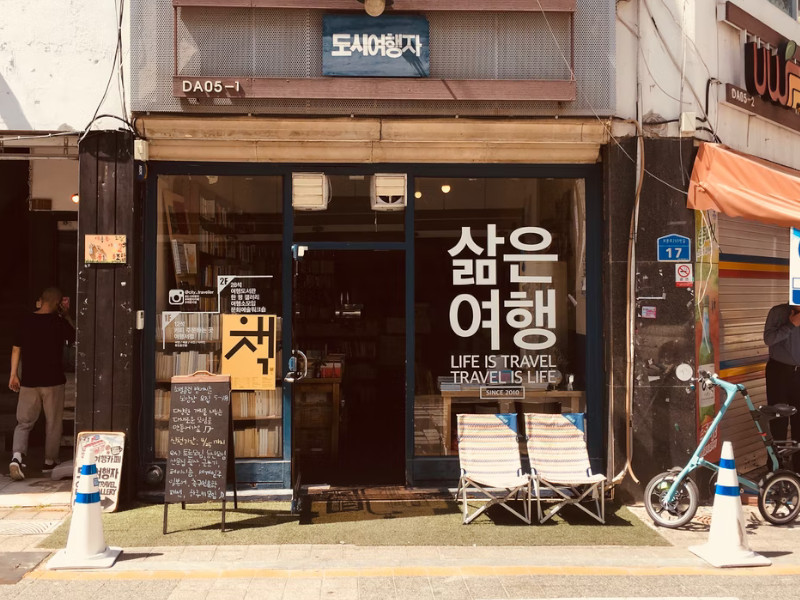 The Top 7 Things To Avoid In Korea Whilst Traveling

Tokyo Or Seoul? Which Asian Capital Should I Visit?

A Complete Guide To Korean Food Culture In 7 Dishes