Is Lombok safe? We can only imagine that you’re asking that because you’ve been tempted over the strait from Bali by visions of see-through seas, glassy surf breaks with hardly any lineups, and soaring volcanos that top out above the clouds. Yep, Lombok is a stunning place and it’s got oodles to keep you busy, from shimmering sands to gushing waterfalls in the jungles. It’s definitely one to have on the Indo bucket list.

However, it’s always a good idea to consider the safety side of things when you visit any destination and it’s no different when planning a trip to Lombok. From the risk of earthquakes and eruptions to the dangers of falling victim to local crimes and the potential presence of tropical diseases, there are all sorts of things to get to grips with before you jet over to these idyllic shores.

Cue this guide. It will answer is Lombok safe by looking at a number of key aspects of security and health on the island. From the general picture of how things stand today down to the ins and outs of Lombok scams, it should have the info you’re after. We’ll even offer some hot tips on how to stay safe while visiting the island. Let’s begin…

Is Lombok safe for tourists?

Generally speaking, yes! Lombok is very safe for tourists. It’s up there with the most-visited locations in all of Indonesia. An estimated 3,000 travelers head over to its white-sand beaches and palm-covered mountains every day in the high season months. That’s a hefty chunk and the vast majority of trips go off without a single hitch.

That said, there are certainly risks on Lombok, just as there are in any destination around the globe. The main worries here are probably natural disasters (this is one of the most volcanically active islands in the whole world, did you know?) and petty crime, though there have also been reports of more serious crimes like assault in past years.

And there’s more…Travelers who partake in drugs often fall foul of Indonesian law. It’s very strict and spike operations go on all the time involving undercover police. You also can’t ignore the dangerous animals that live in Indonesia. Lombok has its fair share of those, mainly venomous snakes. Finally, there are risks with driving here, as road safety sometimes leaves a little to be desired.

There are always extra risks to factor in when traveling as a solo female. However, Lombok is pretty good on this front. It’s heavily influenced by the international crowd over in Bali, and you should find that there are lots of go-it-alone lady travelers here, especially on the Gili Islands, in the surf mecca of Kuta Lombok, and in the beach hub of Senggigi.

The risks get greater for women who travel alone in more deserted and rural parts of the island. Places like Sambaloen Lawang and the east coast fishing towns aren’t as used to 21st century tourism as the west and south, and you’ll probably want to avoid going out after dark there if you’ve not got company, just in case. We’d also recommend not getting into taxis on your own.

Remember that Lombok is Muslim, not Hindu like nearby Bali. Don’t be surprised to see the local women wearing the niqab headdress and traditional Islamic garb here. What’s more, society is noticeably more male orientated than on the Isle of the Gods, with more men visible in the cafés and restaurants. In light of all that, be sure not to wear bikinis or swimwear around town centers. It’s usually okay on the beach, but you should cover up elsewhere.

Lombok is officially within a low-risk malarial zone. But that doesn’t mean there isn’t any malaria here. In fact, there are incidents and outbreaks of the deadly tropical disease every year. The most affected areas are actually around Mataram (although the capital itself is widely considered safe) and the southwest coastline going down to Blongas. These are the places where you might want to consider using a malarial prophylactic like Malarone the most, although most people do go without.

Remember that the malaria risk is far greater during the Lombok wet season. That runs from November to March and sees heavy rainfall and lots of standing water (the ideal breeding ground for mozzies) across the isle. The dry season is much cooler, and you can go weeks here without even getting bitten. Either way, it’s always wise to use a strong DEET-based mosquito repellant and to cover up at key times like dawn and dusk.

The other major tropical disease risk on Lombok has to be dengue fever. It’s also transmitted by mosquitoes and presents a lot like malaria, with symptoms such as high temperature, body aches and pains, headache, and even complete temporary paralysis. There are no drugs to protect against dengue, so taking necessary precautions against bites during major outbreaks is a must.

Drugs and alcohol in Lombok

One of the ever-present dangers in Indonesia is the risk from drugs and alcohol. The law here is VERY strict when it comes to the possession and consumption of illegal substances. That means getting caught will rarely end with just a proverbial slap on the wrists. We’re talking long jail sentences and even the death penalty for the most serious drug offences.

It’s also common knowledge that Indonesian authorities regularly undertake spike operations to catch would-be drug users on both Bali and Lombok. That means you could get into a sticky situation simply by enquiring about drugs. Our advice? Avoid anything illegal 100%, no exemptions. That means anything from drugs you’re offered on the street to magic mushroom shakes in the beach-side surf shacks. It’s just not worth it, folks!

Alcohol is another issue. There’s a famous drink here known as arak. It’s supposed to be wine distilled from the tuak palm, but, in our experience, it’s basically a blanket word for any sort of bootleg booze. It’s often sold in reused plastic bottles on the roadside or in local shops. The main worry is that there’s really no telling how strong different arak will be, and there have even been reports of serious health complications during parties.

More concerning reports of people purposely spiking branded liquor in shops and bars with cheap methanol are also worth remembering. In that case, it might be best to simply stick to the packaged international stuff and Bintang beers.

Is Lombok safe from natural disasters? Nope. In fact, the isle was rocked by a deadly earthquake as recently as 2018, which killed up to 563 people and caused widespread damage to property and farms as far afield as neighboring Bali. It’s one of the latest in a long line of geological movements that plague this corner of the country, and there’s no getting around the fact that you are running the risk of getting caught up in a natural disaster if you do travel this way.

Volcanic eruptions are the other one to have on the mind. The risk of those comes courtesy of the soaring summit of Mount Rinjani. It’s one of the greatest draws of Lombok, attracting trekkers and climbers to its cloud-shattering 3,726-meter-high rim for glimpses of amazing crater lakes after an arduous multi-day hike. However, it’s also an active volcano with a history of very recent eruptions – there have been incidents in 2009, 2010, and then again in 2015, though none have yet proved catastrophic.

Overall, the risk of your trip to Lombok being ruined by a natural disaster is low. However, it’s worth knowing that the island is smack dab in the middle of an extremely active geological region, and there is a past record of volcanic eruptions, earthquakes, and even tsunamis here.

Indonesia is no stranger to dangerous creatures. Everything from venomous snakes to snapping sharks patrols these parts. Lombok has its fair share, too. When it comes to elapids, you could be in line for an encounter with the likes of the deadly king cobra, an infamous snake that can kill within a matter of hours, or even a spitting cobra, which doesn’t even need to be close to cause harm to a human.

There are also worries in the water. White-tip sharks and reef sharks both live in abundance in the Bali Sea that rings Lombok. They could be potentially dangerous to humans, but there’s actually only been five attacks since 1990 on the nearby Isle of the Gods. The local jellyfish are more likely to cause harm – the occasional bloom of purple jellyfish can be especially dangerous. So too are the yellow-ringed octopi, which are actually one of the most poisonous animals on the planet.

Tips for staying safe in Lombok

Here are just a few of our top tips for staying safe in Lombok. Follow them to cut down on the risks while you hop the brilliant beaches and tubular surf breaks of this stunning island…

So, is Lombok safe?

Lombok is one of the safest places to visit in all of Indonesia, as evidenced by the sheer number of holidays that happen here without a single problem. However, there are risks, just as there are anywhere on the planet. For example, special care should be taken to protect against mosquito-borne diseases like malaria, you should be careful going anywhere alone at night, and pay attention to forecasts relating to the volcanic activity on the island. 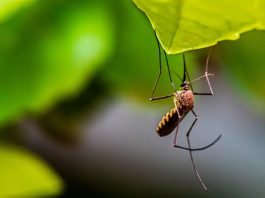