Home Asia China vs Japan: Which Country to Visit in East Asia?

Asia has long been regarded by travelers from all over the world as one THE best continents to visit. Southeast Asia in particular is an incredibly popular region, but we think the somewhat overlooked (and magical countries) of East Asia deserve to be on your bucket list too! China and Japan are two of the most well-known countries in the area and while they are relatively close to each other, each has its own individual charm.

We totally get that not everyone has the time or budget to go galavanting around the globe, so every once in a while, you may find yourself torn between two awesome destinations. In this case, China or Japan? We’re going to be straight with you, it is not an easy choice! Both countries have delicious food, breathtaking landscapes, and are a LOT of fun… all the hallmarks of a great vacation (how will we ever choose???).

If you’re pulling your hair out because you simply can’t decide, worry not, because we’ve got you covered! Keep reading as we compare attractions, accommodation, food, nightlife, and more, to see which country comes out on top as our overall winner!

There is a range of property types in both countries. You’ll find beach resorts by the ocean, high-rise hotels in big cities, and guest houses in smaller towns. Overall, the selection is great in both places. Japan is famous for its uber-cool and futuristic capsule hotels. They contain pods that act as self-contained hotel rooms, with a bed, lights, and maybe even a TV if you’re lucky. This one in Tokyo is giving us some serious sci-fi vibes and is worth checking out!

China has its fair share of unique properties too. This property in Hunan Province has an incredible clear dome for rent which sits on a private platform in the forest canopy (#goals). If that wasn’t baller enough, it is right on the doorstep of Zhangjiajie National Forest Park, the location that inspired the movie Avatar’s “Hallelujah Mountains” *jaw drops*

Winner: Draw – It’s a tie! Even though China has fewer choices, both countries have a wide range of properties to choose from, as well as some unique ones to make your getaway extra memorable.

Food, food, glorious good. It’s safe to say that you will NOT go hungry in either China OR Japan, and nor will you be disappointed by the local cuisine. Both Chinese and Japanese food are famous worldwide for being mouth-wateringly delicious, so, you can’t really go wrong with trying some authentic dishes, can you? Different regions in Japan and China are famous for different dishes. For the best Peking duck, head to Beijing and more specifically Beijing Da Dong. Tokyo is the most famous place in Japan for what’s considered the “original” style of ramen, but if you love miso-broth ramen as much as we do, then you should head to Sapporo.

In China, you will be able to find vegetarian and vegan-friendly food. A proportion of the population is Buddhist and many practice vegetarianism or veganism. However, you will still have to look a little harder than in Western countries. Be prepared to eat a LOT of tofu, since they don’t have the vast number of meat-free alternatives we are used to in the West. Japanese diets are heavily centered around seafood, so while you can easily avoid meat and dairy, finding vegetarian or vegan dishes will be more difficult. Even meals that seem free of meat and other animal products, can have non-vegetarian/vegan-friendly stocks and sauces, so be wary.

Winner: Draw – What can we say, it’s another draw folks. Both countries have ridiculously awesome food, BUT, if you’re a vegetarian or vegan, China may just sneak ahead to take first prize!

Sadly, for most of us, price plays a huge role in where we decide to go on vacation. Of course, if you’re a massive shopaholic and love eating out at fancy restaurants, your holiday will definitely cost more. But what about those on a budget? Which is cheaper, China or Japan? Japan already has a bit of a reputation for being pricey, especially in Tokyo, so it may not be the ideal place to go if your purse strings are tight.

According to budgetyourtrip.com, the average tourist spends 130 USD a day in Japan, compared to 72 USD a day in China! That means a one-week vacation in Japan will set you back over 900 USD, whereas a similar trip in China will cost just over half of that at around 500 USD.

One of the main reasons why Japan is so expensive compared to China is its location. Japan is a group of islands so many of its everyday goods are imported, raising the prices. Furthermore, the Tokyo Metropolitan Area is also one of the most densely populated metropolitan areas in the world! So, this explains the steep rental prices and maybe the popularity of capsule hotels.

Winner: China – China is our hands-down winner when it comes to price, we love you Japan, but why do you have to be so hard on our wallets???

China vs Japan: Getting around

When it comes to getting around China and Japan, there are some similarities, but there are some differences too. China is a hell of a lot bigger than Japan. Simply put, it’s MASSIVE. Not so simply put, China covers an area of just under 9.6 million km². Japan on the other hand is just under 378 thousand km², although its various islands should be taken into consideration, as this makes getting around more complicated.

Due to its sheer size, the best and most convenient way to travel long distances in China is by airplane. But, if you’re on a budget or have a little more time, bullet trains are also a great way to travel between cities. In Japan, traveling by train is by far the most popular option. They also have bullet trains (or Shinkansen) linking major cities, but their other rail services are comfortable, clean, and can go through some very scenic routes *cue Studio Ghibli background music*.

For longer journeys, like Tokyo to Sapporo, they also have overnight sleeper trains! To reach farther-flung destinations or islands like Okinawa air travel is definitely the way to go, but booking in advance will save you a lot of money, so some degree of planning is required!

Winner: Japan – We just can’t get the image of a cute little train bumbling through the Japanese countryside out of our heads.

China is HUGE (read: above), which means the country has a wide range of climates. There’s even a freaking desert in China, yep, a desert! Generally speaking though, winters in China are freezing in the north, and much more mild in the south. The entire country, except for mountain peaks and highlands, is hot over the summer and summer is by far the rainiest season! Japan follows a very similar pattern, in that wintertime is cold, snowy, and icy in the north, temperate in the center, and subtropical in the far south. The whole country is prone to the monsoon season which brings torrential rains in summer and fall.

Both countries have areas that experience snowfall in winter, and skiing is a popular past-time for locals and tourists, with numerous ski resorts available to choose from. China and Japan also have sub-tropical/tropical climates in the south, with some amazing beaches and coral reefs too!

Winner: Draw – It has got to be a draw. We’re talking about TWO countries where you can ski in the winter and snorkel in the summer. It doesn’t get much better than that…

It’s time to talk TOP attractions, and if our decision wasn’t already hard enough… both China and Japan have some once-in-a-lifetime sights! These include historical and natural attractions, with a bonus furry, little (or should we say… giant) friend! One of THE top things to see in Japan, and its most famous landmark is Mount Fuji. It is recognized worldwide and in summer, over one million people climb to its summit as a pilgrimage of sorts. To rival this, China’s most well-known landmark is the Great Wall of China. It hardly needs an introduction, but the wall spans over 6,000 kilometers with some parts dating as far back as the 7th century BC. Now that’s old.

However, without a doubt, one of our favorite must-sees in China is the giant pandas! The Sichuan Giant Panda Sanctuaries are home to over 30% of the world’s population and the Chengdu Giant Panda Breeding and Research Base is a top place to see these amazing creatures while supporting their conservation. Our “thing you cannot miss” in Japan, is the iconic sakura or cherry blossoms. In springtime parts of the country are transformed into a sea of pink as the cherry trees bloom. It’s a truly magical time, but prices can skyrocket so beware!

Winner: China – Boy it was tough, but the giant pandas definitely pushed China towards victory!

Neither China or Japan is particularly well-known in Asia for their nightlife. However, just because the after-hours scene is a little different from what we’re used to, doesn’t mean it should be overlooked!

Drinking and eating are an important part of Japan’s nighttime culture, with many people heading to an izakaya, the country’s version of a British pub or Spanish tapas bar, after work. They tend to serve small, inexpensive dishes like edamame or grilled meat to be eaten alongside beer, sake, umeshu (plum wine), and shochu (a local spirit). For a more lively night out, you can head to a karaoke venue (karaoke was invented in Japan), or check out museums, aquariums, and theme parks, many of which stay open until 9 or 10pm!

In China, aside from a normal “night out”, you can also enjoy something a little different when it comes to evening entertainment. You could find yourself spending the evening at the colorful Chinese opera, watching an acrobatic performance, or like in Japan, singing your heart out at karaoke! Eating is also a big deal in Chinese nighttime culture, and there are plenty of fantastic night markets all over. The Donghuamen Night Market in Beijing is even considered one of the best night markets in the world!

Beijing or Tokyo… Now that is the question. Both of these cities have got to be amongst some of the liveliest in the world. They’re rich in history, culture, and house some of the country’s top attractions. Beijing is cheaper than Tokyo, with a meal at a mid-range restaurant for two costing on average 40 USD in Beijing versus 53 USD in Tokyo. However, if we remove price as a factor, both cities have a lot going for them and are equally matched.

Beijing houses the Forbidden City, the Summer Palace, and the Great Wall which is easily accessible from the city. It also has the biggest tea market in north China on Maliandao street. Over 900 vendors sell pretty much any type of tea imaginable, if you’re a tea-lover, it’s a MUST. Tokyo on the other hand not only has historical buildings like the imperial palace but has several famous districts known for their weird and wacky culture! Harajuku is a renowned fashion district and is an insight into Japanese pop culture, with kawaii fashion stores, manga shops, and cute cafes. Shibuya is one of the most well-known shopping areas and is home to the Shibuya Crossing which is famous worldwide.

China vs Japan: The final verdict

You’ve made it this far, and now for our final verdict… Drum roll pleaaaaase… It’s a draw! Yes, that’s right, we simply cannot decide. Both countries are so full of life, culture, and not to mention have GREAT food. Whether you visit China or Japan, you’ll have a blast. Although, if Japan was a little cheaper, it may have just nabbed the top spot! 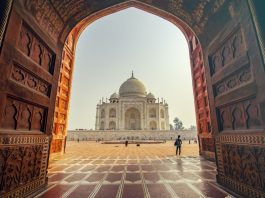 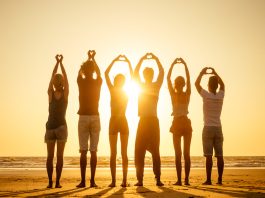