After the country’s revolution in 2011 which ground tourism to a halt, Egypt is finally starting to regain popularity. For many of us, Egypt has featured on our bucket lists for decades but with all the uncertainties in the past, we may not have gotten around to it. Now though, that’s a different story. With attractions like the Nile, The Great Pyramid of Giza, The Great Sphinx of Giza, Camel rides, and beaches galore it’s understandable as to why many want to go.

However, there are certain things to avoid in Eygpt and as tourists, we often make a lot of mistakes. From not researching the culture and country before we arrive to not learning basic phrases, there are a lot of things that could land us in trouble. While you can do most things you have planned on your list there are a few things you may want to reconsider or at least bear in mind before you do them.

We’ve put together a list of 9 things to avoid in Egypt. Now our list is by no means exhaustive but these are certainly some of the more important aspects to consider. Read one to find out how much trouble you could get yourself into for importing a drone or taking a photo of a building without the required permissions.

Camel rides are on most people’s bucket lists when they visit places like Egypt, however, the pressing concern of animal welfare has been on the rise. There are many vendors in Egypt who don’t always look after their camels as well as someone else. If you’re looking at taking a tour, search around and take into consideration the conditions the camels are in.

It’s always better to take a tour from the Sphinx in the evening with the sunset and pyramids as the backdrop, rather than at the height of the afternoon sun. Other Egyptian towns like El Gouna have vendors who offer partial or full-day excursions that include walks along the beach.

Everyone has the same idea when it comes to Mount Sinai. They all seem to want to climb it to see the sunrise, which is great if you’re prepared to stay up all night and trek up the mountain in the dark. However, if you want to avoid the crowds, the heat, and have an unobstructed view then you’re better viewing the sunset instead.

A bonus of viewing the sunset in Mount Sinai is that if planned in advance you can get the local Bedouin to cook you dinner and spend the night on the mountain. That way you get a spectacular view both in the evening and in the morning, and you’ll wake up refreshed ready to take on the day.

One of the most stunning attractions Egypt has to offer is the Philae Temples. These temples were venerated from the Pharaonic era through the Greeks, Romans, and Byzantine periods. Each ruler made their own mark on the stones here. This sacred site has drawn and dazzled tourists for years and years. The temple is located on the island of Aswan and while many visit during the day, having to contend with the heat is often unpleasant.

Due to the heat, it’s best to view this glorious temple by night which is why it’s made it to our list of things to avoid in Egypt. In the evening this temple truly comes to life with a light and sound show. The whole experience immerses you in the stories of its life and you’ll see Egyptian Gods and Goddesses resurrected in front of you. The temple contrasting against a pitch-black sky is also a sight to behold.

Everyone loves buying a souvenir from their holidays, and Egypt should be no exception. However, there are some places you should look for your souvenirs and some places you really should avoid. Khan al-Khalili is the oldest bazaar in Eygpt and one of the most highly-priced places for souvenirs. While the whole area is dedicated to immersing you in the Egyptian culture, it is often filled with fake papyrus, cheesy t-shirts, knock-offs, and other fake branded content.

If you want to find genuine souvenirs like wearable galabayas, good quality shisha pipes, luxurious scarves, perfumes, intriguing spices, and traditional food then any local market will do. Most local markets won’t have the high price tags to start with so haggling will be much easier. Remember to always haggle though, you should never pay full price for any item.

No matter how seasoned a traveler you are, whether you’ve been to Egypt before, or you just think they cost too much, you really shouldn’t dismiss the option of going on a guided tour. Why you might ask? Because you’ll learn a whole lot more with a local tour guide. They’ll know the history of the place you’re visiting, they’ll show you hidden treasures you would never have discovered on your own, and they’ll never share incredible stories you may have heard before.

Private guided tours also mean you’ll be in smaller groups so any questions you may have can be asked without you having to wait your turn or find someone who might know the answer. Another bonus of a private tour is that you’ll be able to decide your own schedule and itinerary as you won’t have to wait till everyone is finished looking at something. While there are some areas around Egypt that don’t necessarily require you to have a tour guide, some areas are just better in a small group with someone who knows what they’re talking about. Guided tours or escorted tour holidays are often cheaper than you realize and can often be the highlight of your vacation.

Yes, we know it’s 2022 and you should be able to wear whatever you want wherever you want, but in certain countries, it is still frowned upon to wear revealing clothing. As Egypt is predominantly an Islamic country with quite conservative views it is often considered rude or inappropriate to wear revealing or provocative clothing such as tank tops, short skirts, and shorts.

Women, in particular, are advised to wear loose-fitting clothing rather than figure-hugging attire, clothes that cover your shoulders and cleavage and to wear clothing that either covers your legs or at least covers your knees. If you’re planning on visiting any religious buildings during your trip to Egypt it’s best to bring something like a scarf or cardigan that can be used to cover not only your shoulders but your hair as well.

Red Sea towns like Sharm-El-Sheikh, Dahab, Marsa Alam, and Hurghada are exceptions to these rules and you’ll often find tourists wearing any clothing of their choosing. But it’s still worth keeping in mind where you’ll be traveling to and what you’ll be doing in Eygpt. Although sandals are perfectly fine to wear you might want to consider some slightly more sensible footwear as the streets around Egypt, especially around Cairo, aren’t particularly well maintained and can be quite dirty.

As a woman you may find that Egyptian men can be flirtatious, following you around, remarking on your beauty, and while this can be annoying, no man is allowed to touch another woman they are not married to. So simply ignoring them is the best option, but if they are very persistent, raise your voice and assertively say no should make them back off as they will fear they are bringing attention to themselves.

You may find that in some tourist resort towns public displays of affection are more widely accepted you should still keep in mind Egypt’s customs and traditions. In some places, hand holding is generally fine, but there are certain areas and places where any kind of touching, hand holding, or kissing is considered inappropriate.

Think Before You Snap

In our digital era, we wouldn’t even think about whipping out our phone and taking a photograph, however, in Egypt, it is often seen as rude or inappropriate to take a photo without permission. It is also worth noting that there are some buildings you aren’t allowed to photograph, such as the Suez canal and certain buildings and infrastructure.

Some British nationals have even been arrested in the past for taking photos of train stations, electricity stations, and bridges. If you’re seeing many others taking photographs then you’re generally ok but if in doubt always ask. If you’re adamant about getting that perfect shot then seek permission first.

Leave The Drone At Home

For those who are not aware, importing a drone into Egypt is banned unless you have prior authorization from the Egyptian Ministry of Defence. So this goes without saying, but make sure you leave your drones and radio-controlled helicopters at home.

As drones are banned, owning or importing one without permission could see you end up with a prison term of between one to seven years and a fine of up to $2500. So even if you’re a drone enthusiast or it’s part of your job you’re best to leave it behind or seek the relevant authorization before you travel. 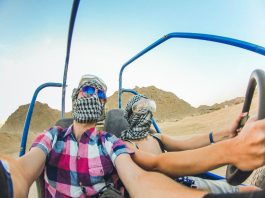 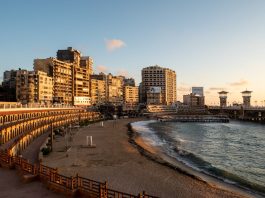 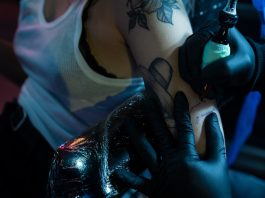